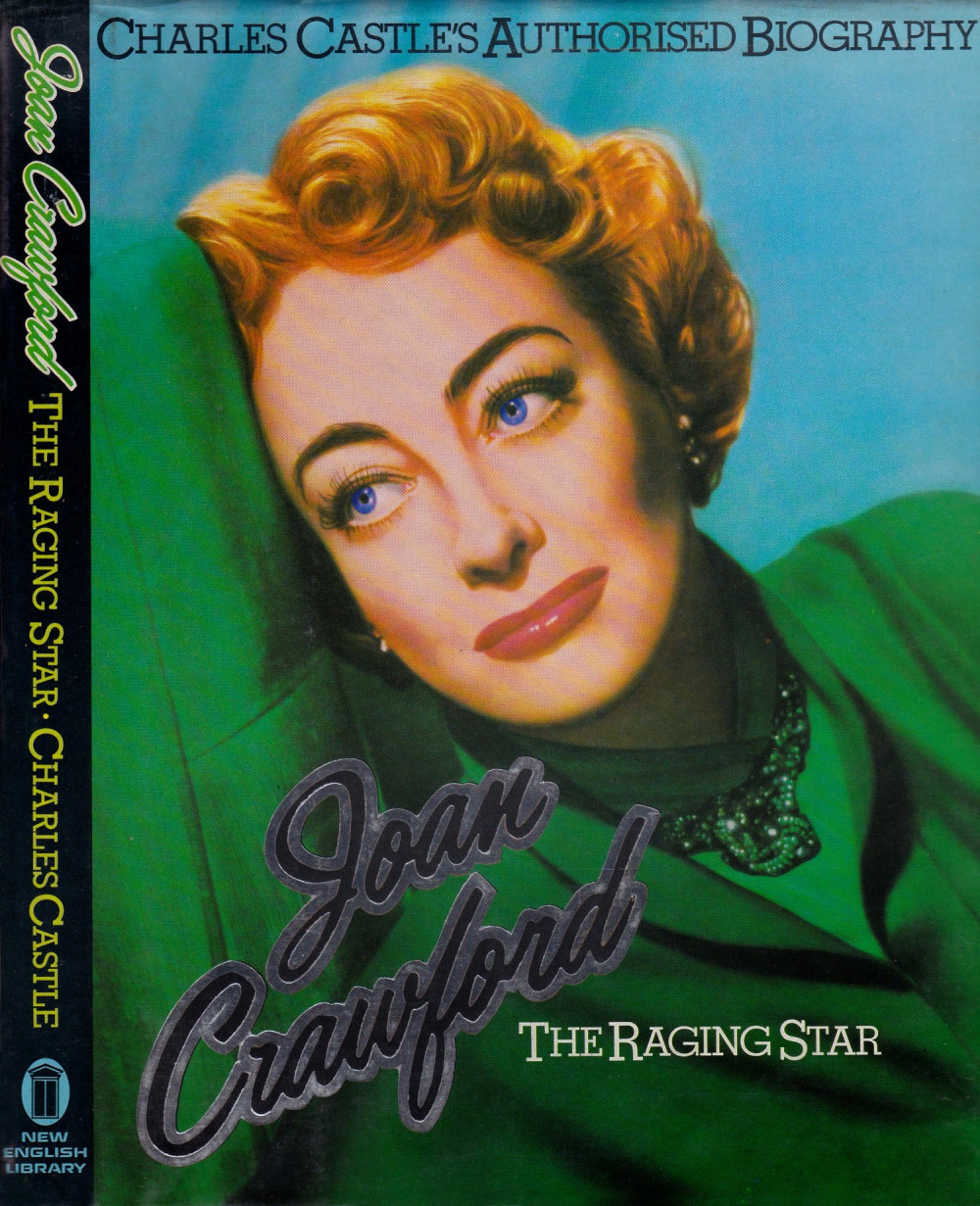 (Click here to read and download the entire biography)
"Joan Crawford: The Raging Star" by Charles Castle
“The Raging Star” is distinctive as the first Joan Crawford biography published after her death, with the impressive “Authorized Biography” on the book’s cover. It was published in 1977 by New English Library in England.

​
The biography's writer, Charles Castle, contacted Joan via letter in November 1974 with his book and television project proposal.
​​Joan replied to Castle with a lukewarm inquiry about the project which Castle then used within the introduction of his biography as “proof” that his biography was “authorized” by Joan, when, in fact, this letter from Joan to Castle is merely an inquiry of his project.
​
Ultimately, despite Castle’s assertion, Joan never authorized Castle’s biography, and had no involvement with its research or writing.
This long-held theory by me, and many Crawford scholars, was made factual upon documentation I obtained following my contact with Joan's Estate representatives which verifies that Joan’s Estate filed a claim against Castle and the biography's publisher due to the false allegation of the biography being authorized by Joan. Prior to her death, ​​Joan had notified her legal representatives about the biography and Charles Castle.
Following the claim by Joan’s estate, the biography’s publication run was discontinued by the publisher.

The biography, while entertaining for the tabloid-feel of the book, contains many factual inaccuracies within its text, and incorrect photo captions and dates, with one alleged photo of a youthful Joan on the beach, which does not even appear to be Joan. ​ 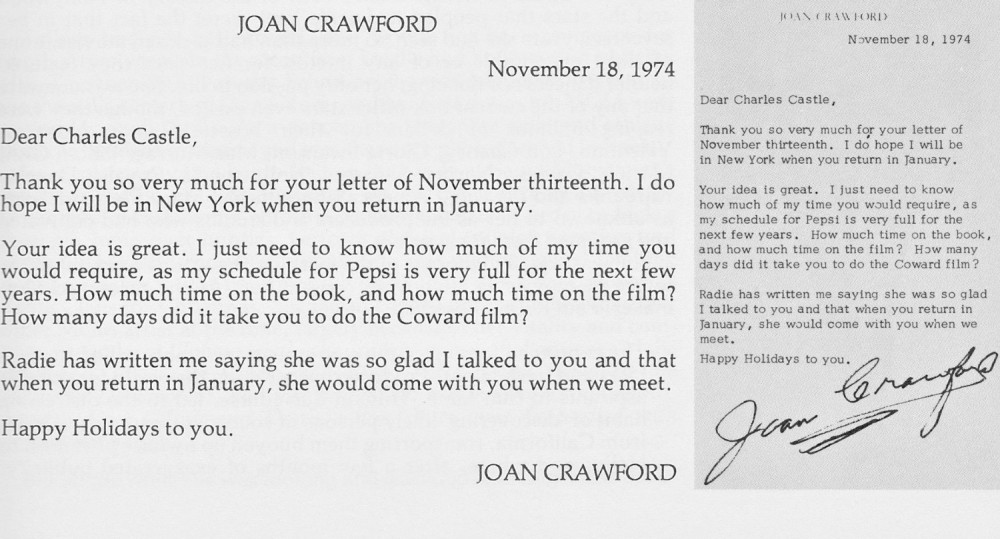 In 2008, upon the release of the Crawford biography "Not The Girl Next Door," biographer Charlotte Chandler claimed in interviews promoting her biography that she overheard a discussion about a book Joan was dreading.
​​     According to Chandler, she met with Joan only once in early 1975. The meeting had been arranged by Joan's friend John Springer, and took place at Joan's Imperial House apartment. During the meeting, Chandler alleges to have overheard Springer tell Joan “the book is coming” as encouragement for Joan to speak with Chandler about her life on the record for Chandler’s college newspaper column.
Upon the publication of Charlotte Chandler’s biography in 2008, she relayed this story for the first time publicly, and did so within the presumed context that Springer was referring to “Mommie Dearest.” However, there has never been any documented evidence that Christina Crawford began writing her memoir prior to Joan’s death.
If Chandler did overhear this exchange, the “book” Springer and Joan were most likely referring to was Charles Castle’s planned biography,  “The Raging Star," which Joan was legally positioning herself against.
According to Chandler’s timeline for her meeting with Joan, it would have fallen on the heels of the book proposal Castle made to Joan and the interview inquires Castle had already began making to Joan’s friends.​ 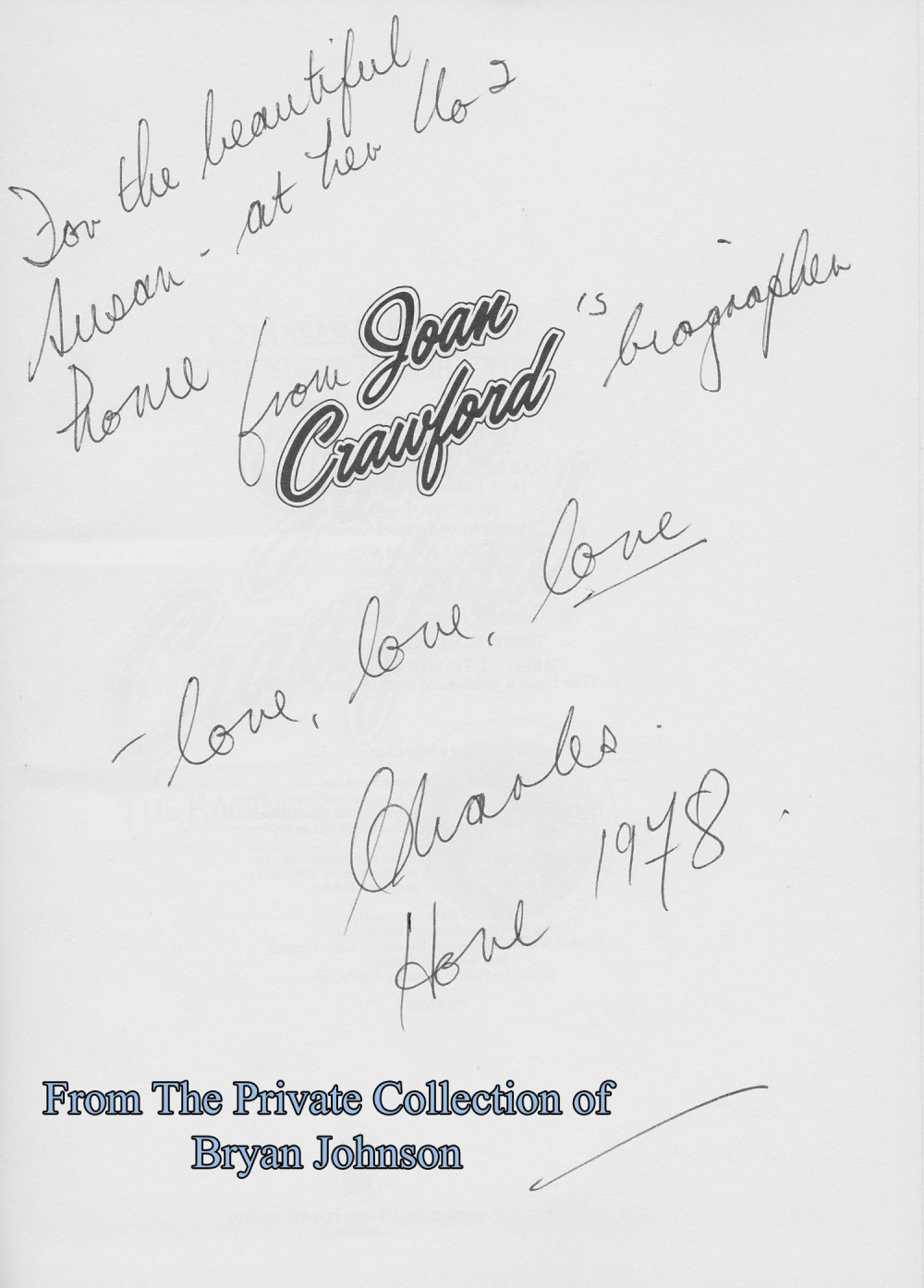 © All original Joan Crawford research and original text herein is property of Webmaster Bryan Johnson and is copyright protected by
​​the United States Copyright Act of 1976. Copyright © Bryan Johnson
Any published material presented here is done so for the purpose of non-profit, educational use.​​ 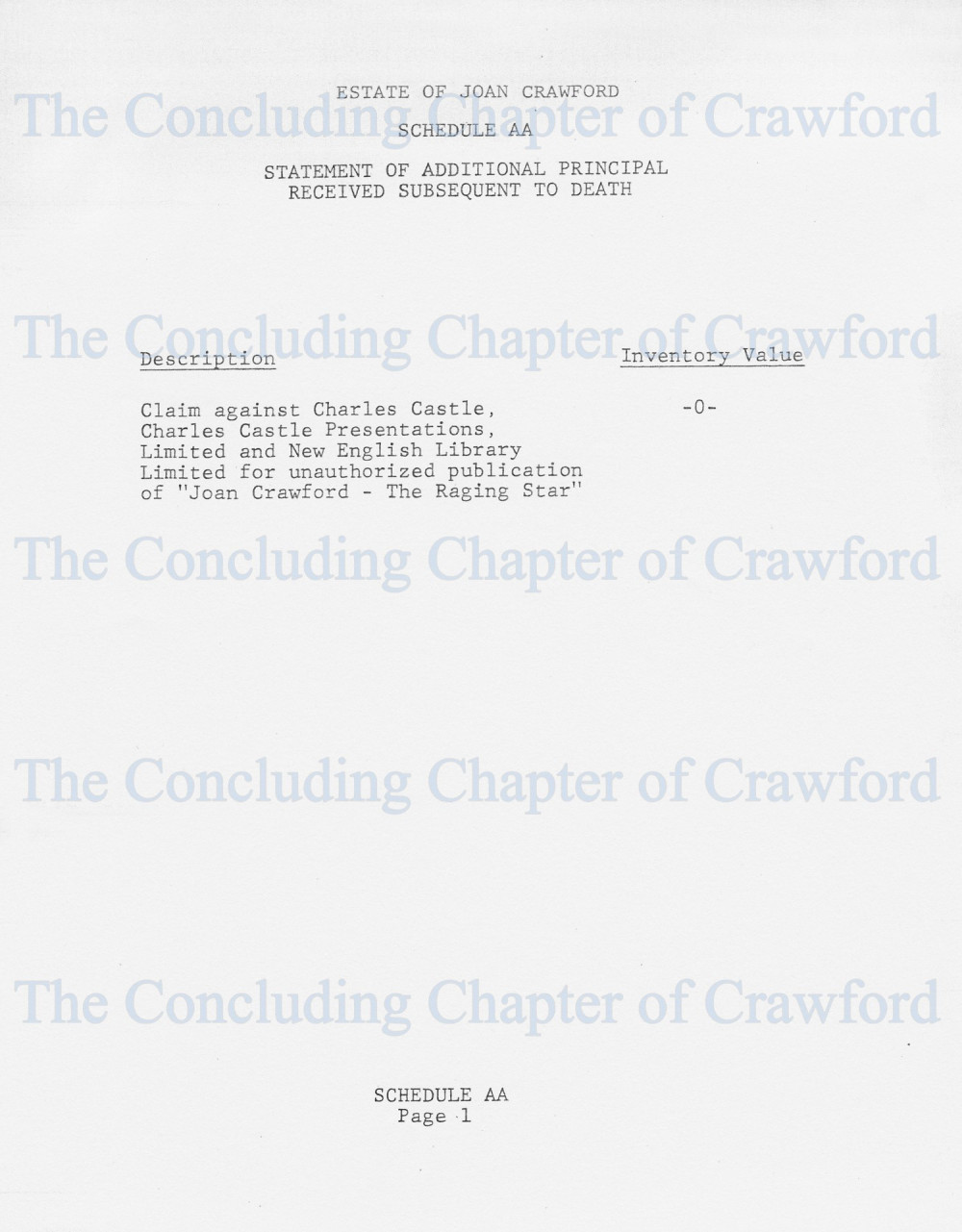 ​
(Below: A page from Joan's Estate inventory file indicating the claim filed against Castle and the biography's publisher)