Did Joan Crawford have facial cosmetic surgery? The Answer is: No.​
THE CONCLUDING CHAPTER OF CRAWFORD
A common rumor, which is based entirely on speculation, is that Joan Crawford had a face-lift or some other type of cosmetic surgery after 1950. Certain rumors claim that Joan had multiple cosmetic surgeries which dated back to the 1920s. All of these rumors are unfounded, with no proof, no first-hand accounts of such surgeries, and most importantly, these rumors can be readily debunked by examining photos of Joan's face throughout her life. 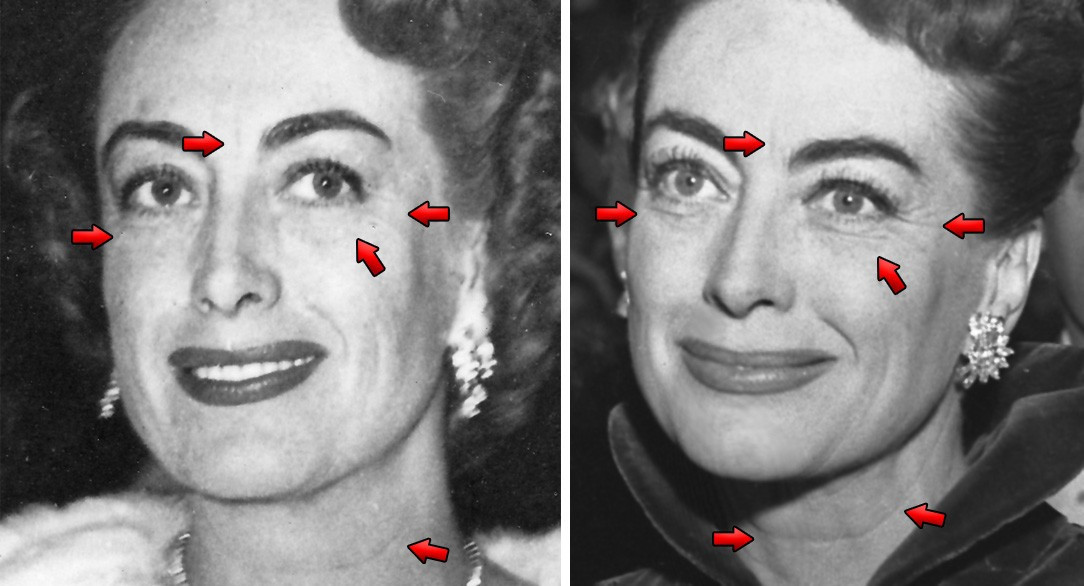 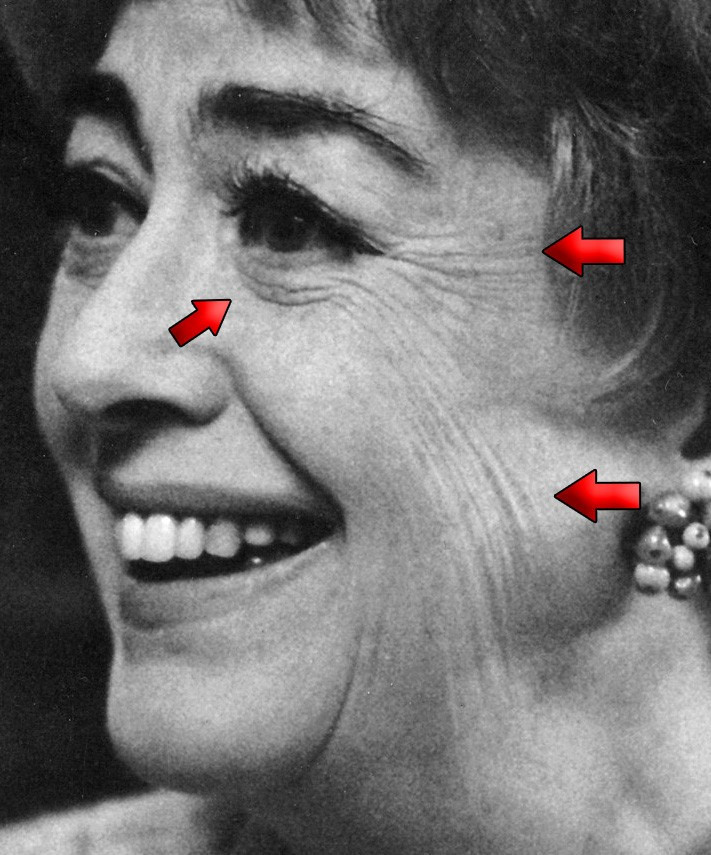 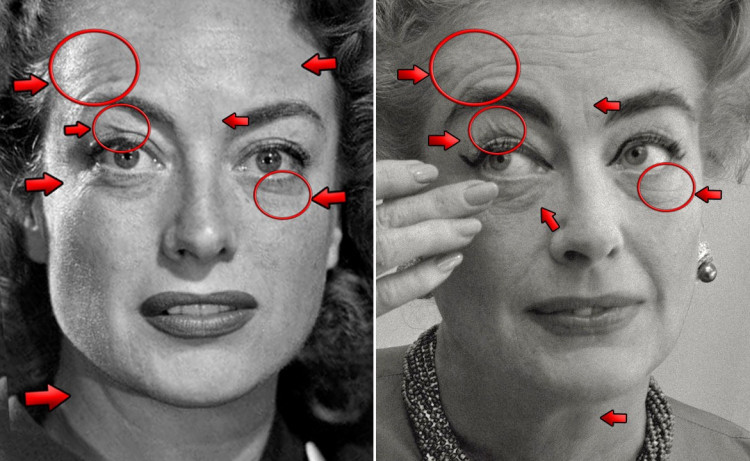 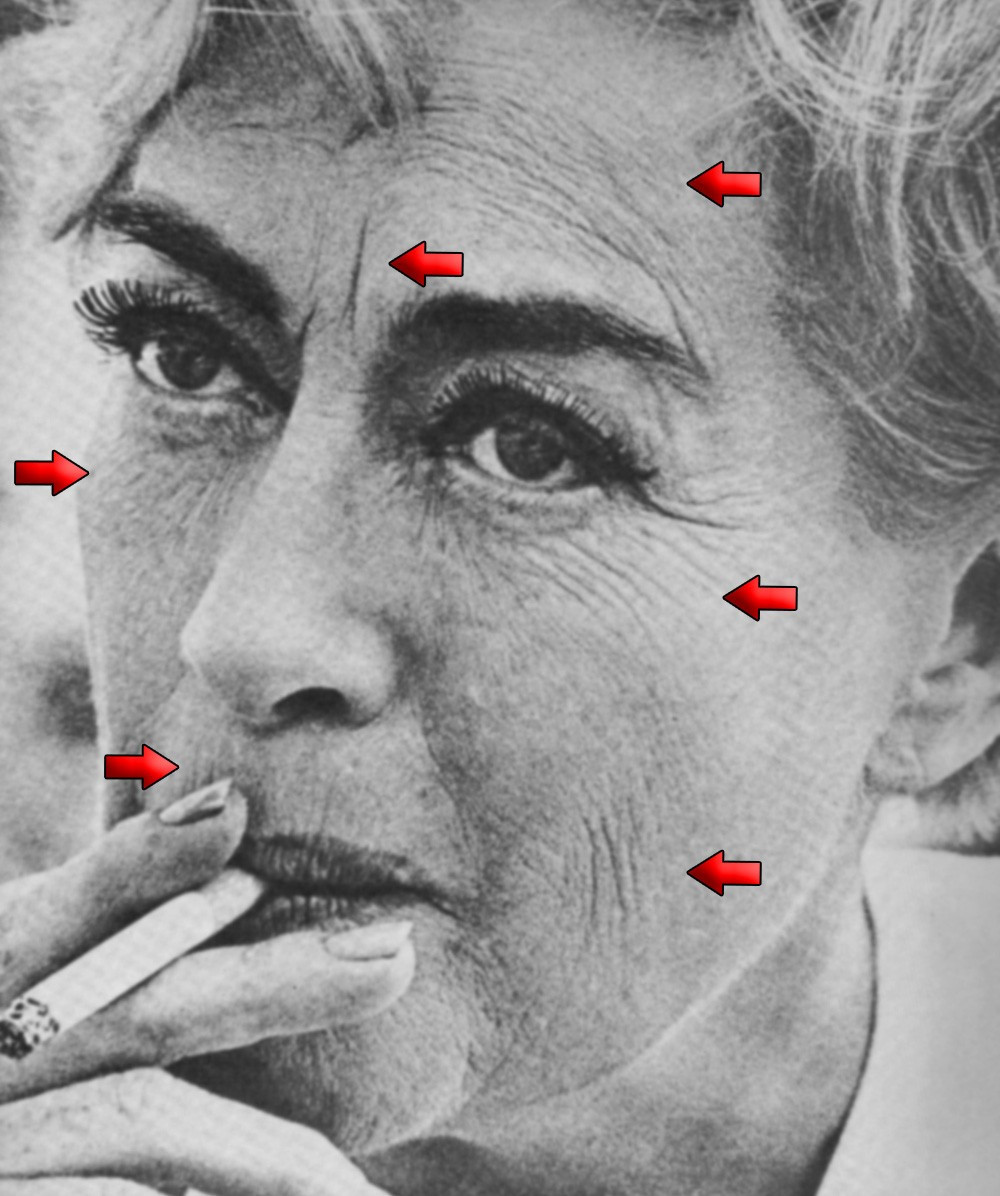 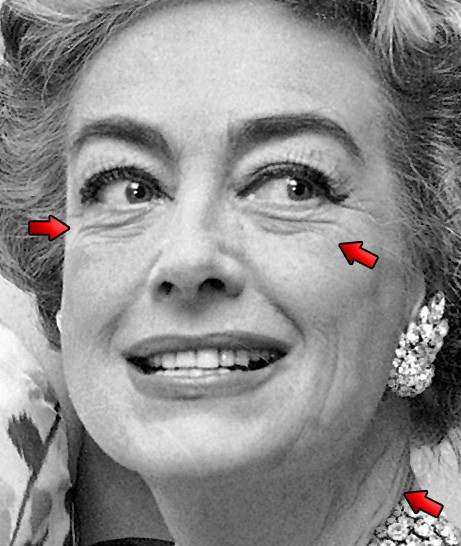 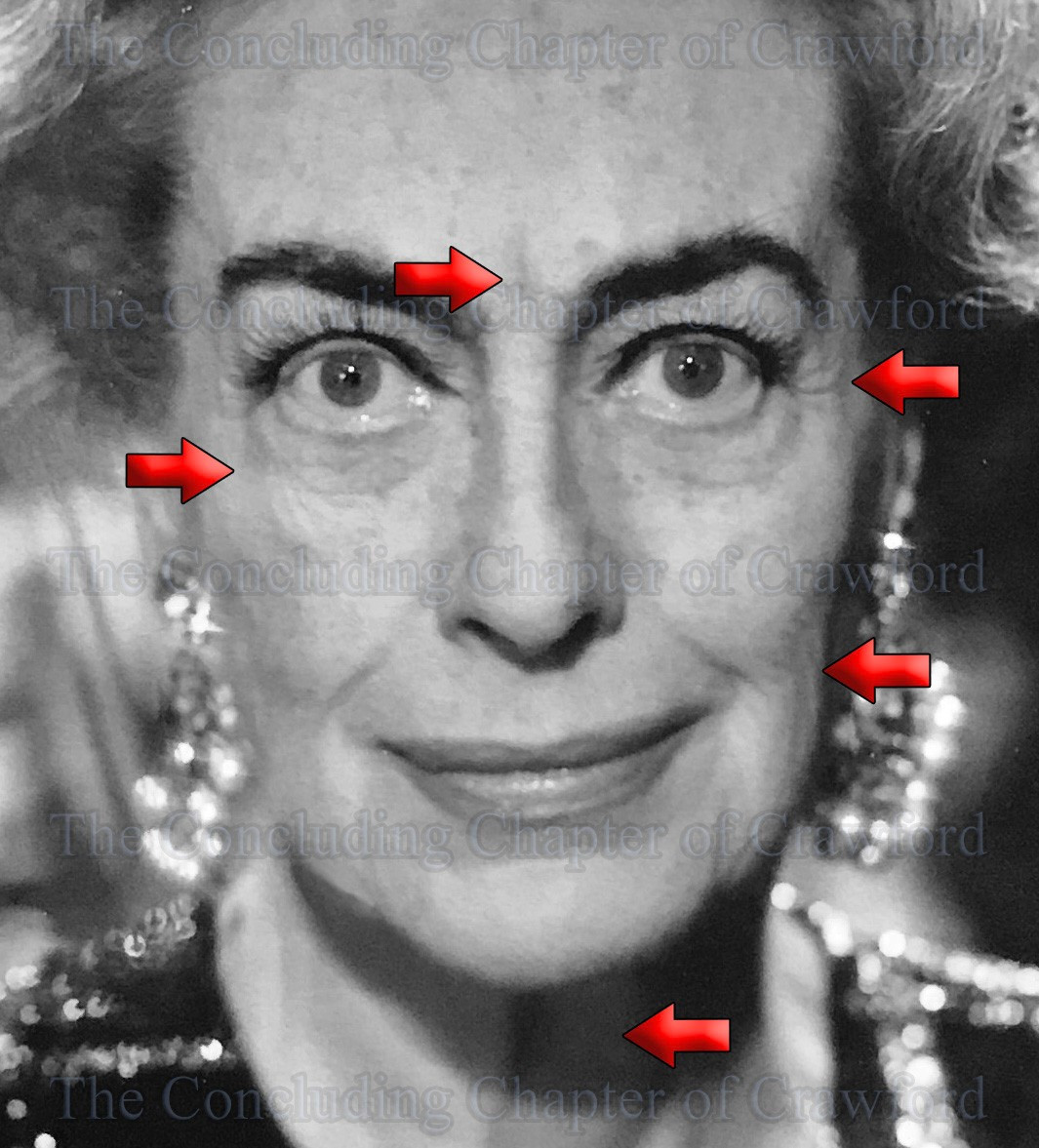 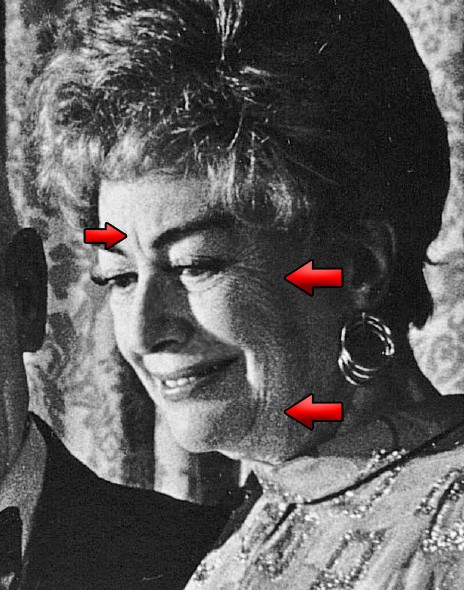 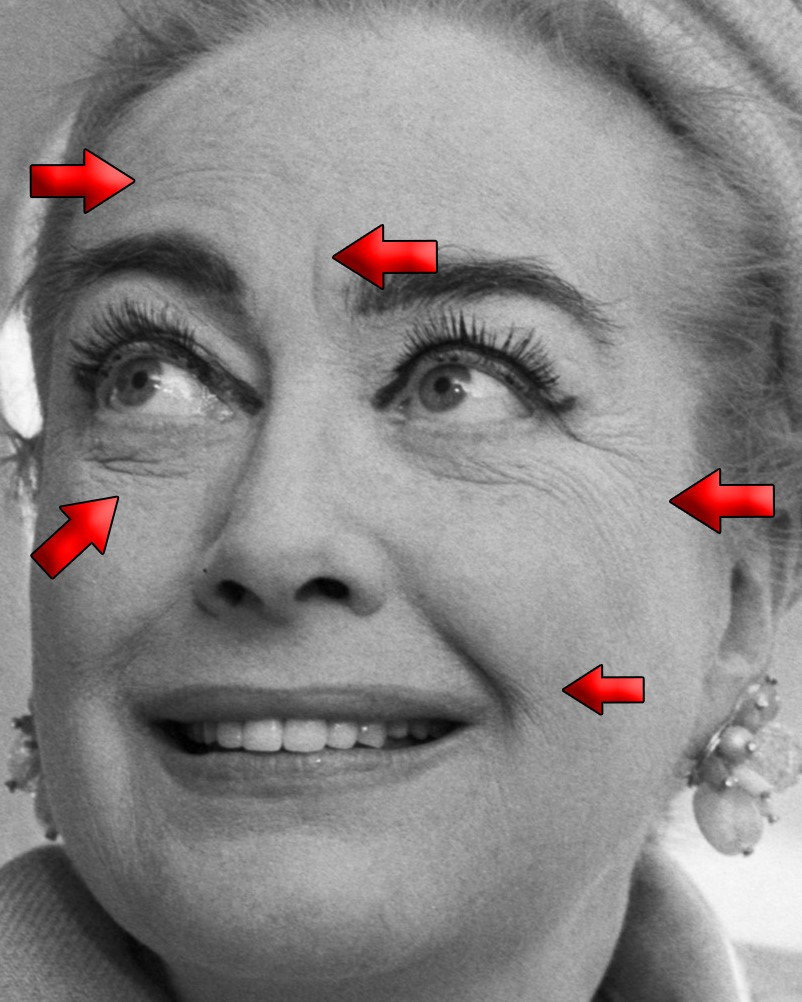 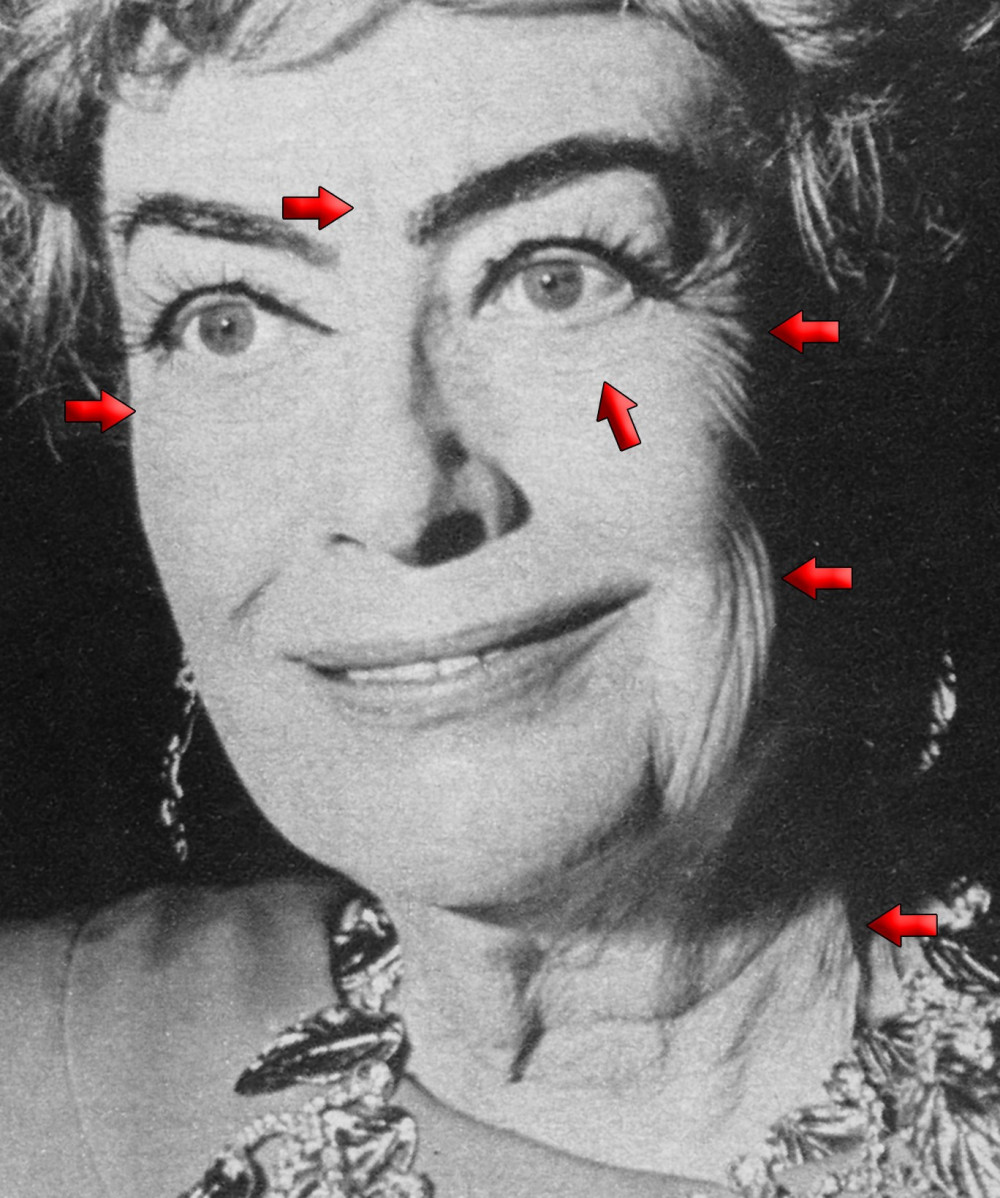 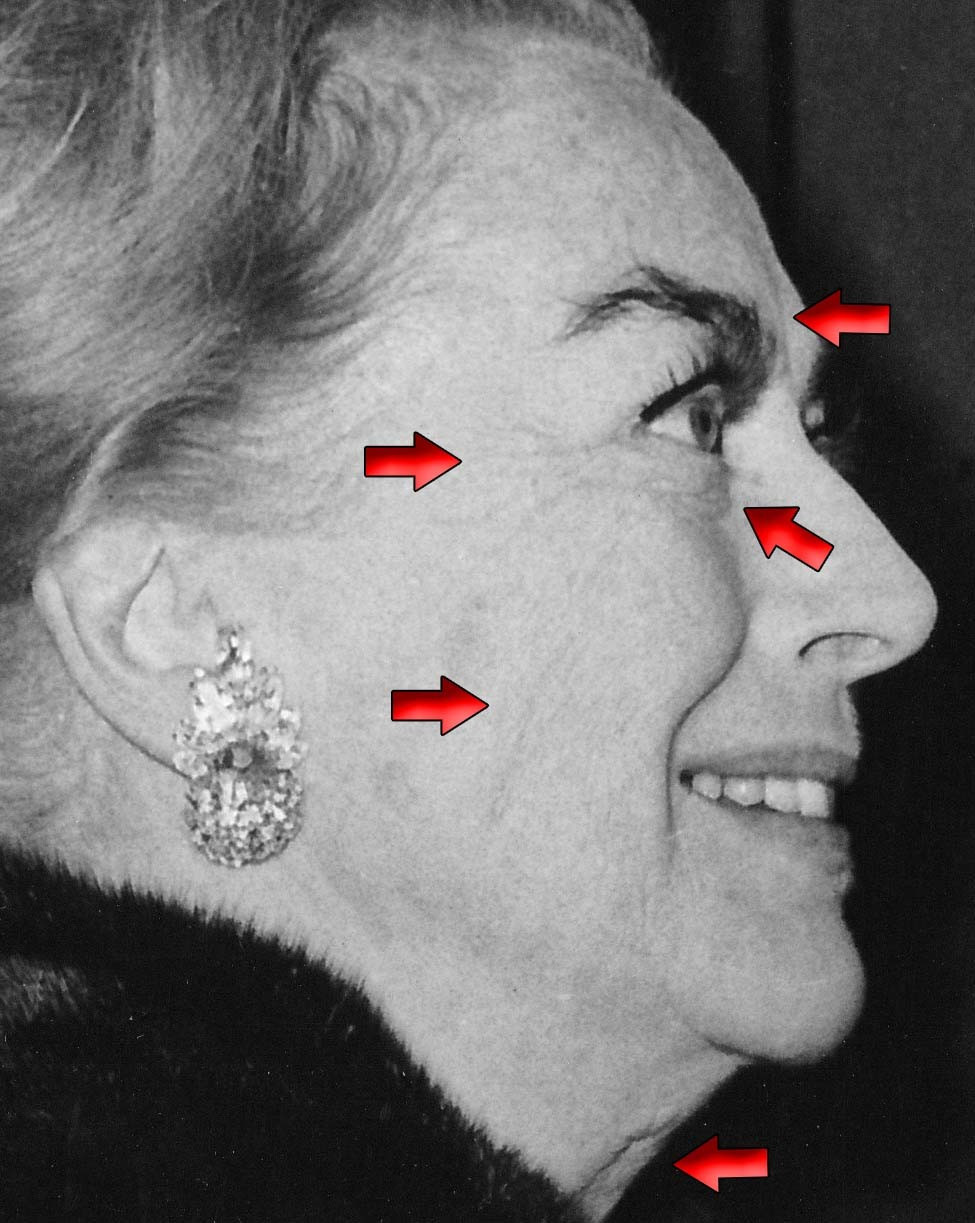 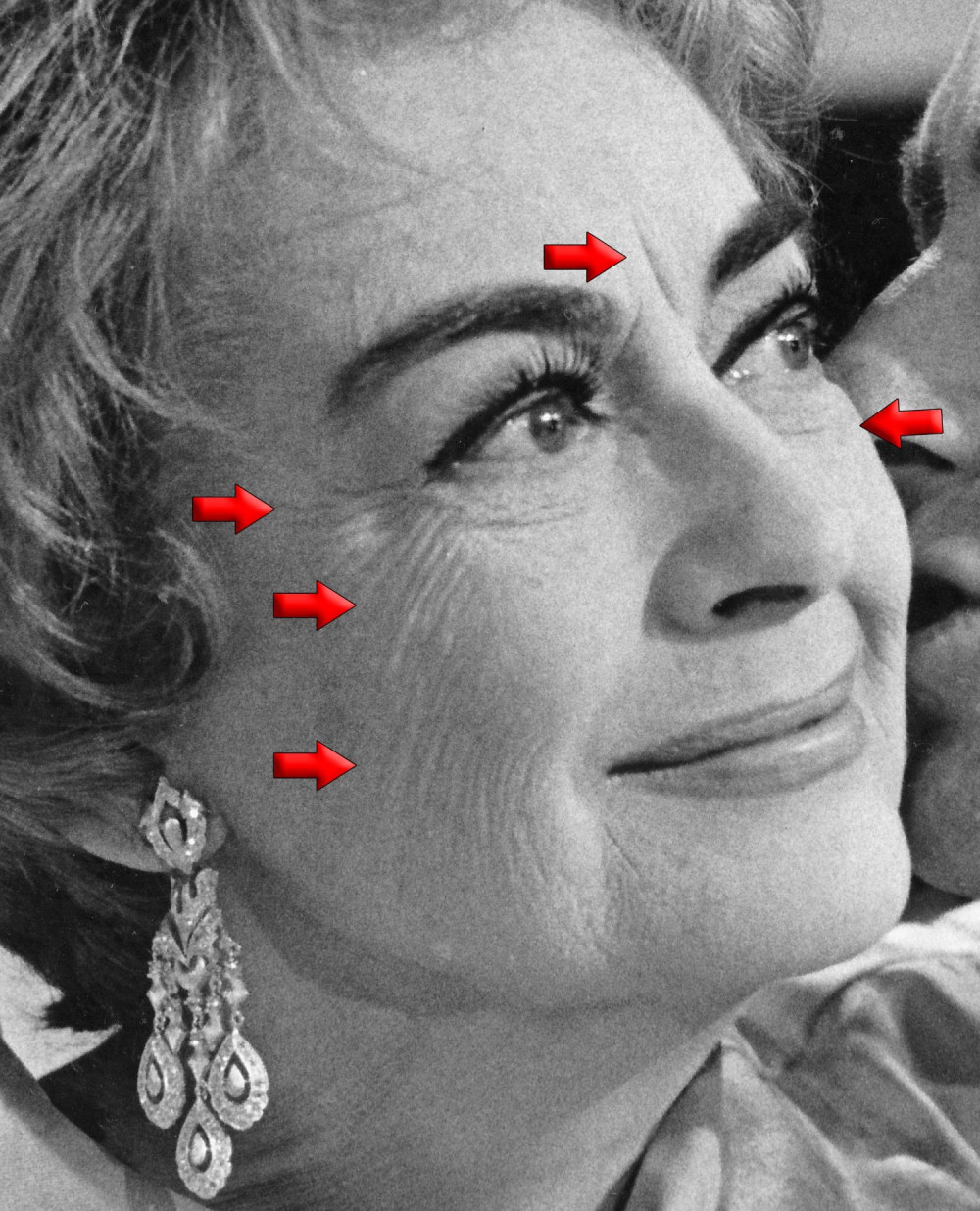 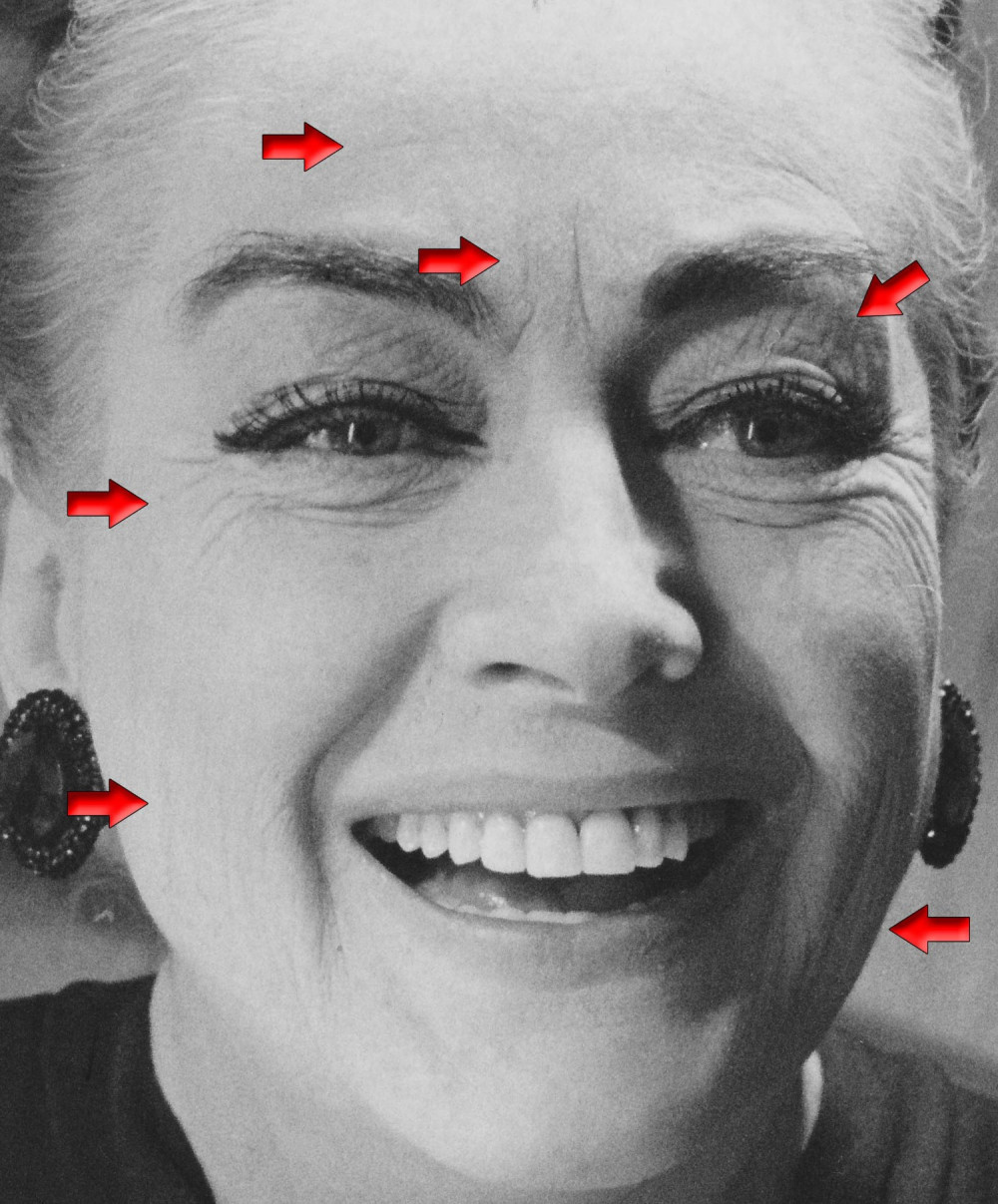 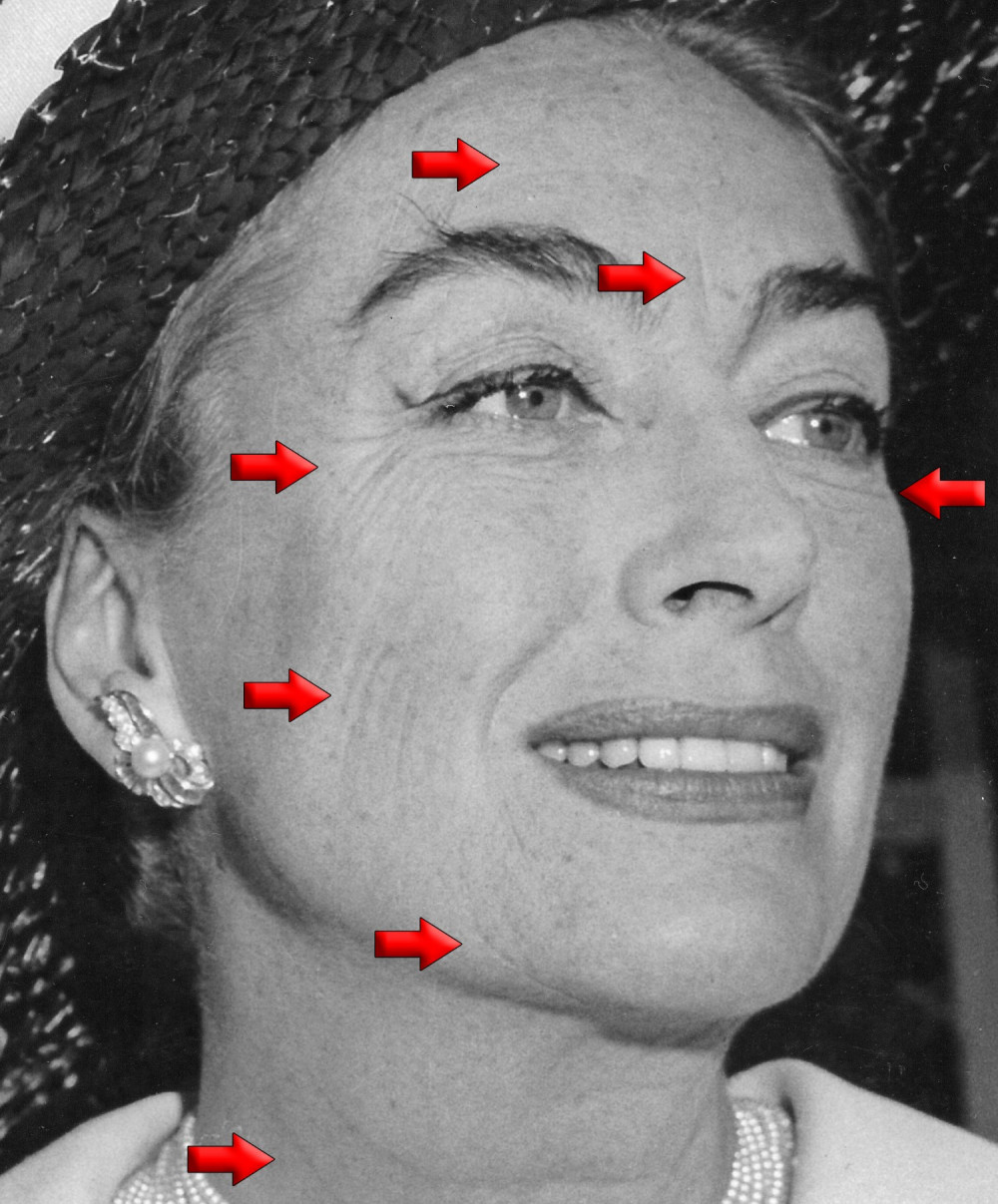 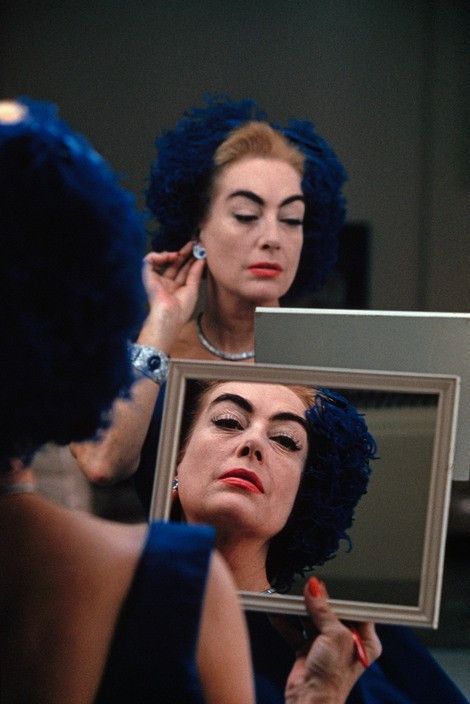 Another published source which claims Joan had cosmetic surgery was the book "Mommie Dearest" by Christina Crawford. On page 229 (first edition) Christina wrote the following:​

​"Even when she was briefly in the hospital for a face-lift and the doctors there forbade her to drink..."

Note: for unknown reasons, this sentence was altered in subsequent anniversary editions of "Mommie Dearest," removing the phrase "face-lift" and replacing it with "cosmetic surgery," to then read:​

"Even when she was briefly in the hospital for plastic surgery and the doctors forbid her to drink..."​
​This passage in "Mommie Dearest" comes within the timeline context shortly after Joan moved into Imperial House, apartment 22G. This move took place in November 1968. When one visually examines unretouched photos of Joan from 1968 until 1976, there has not been any alterations to Joan's face during that period of time. To best illustrate this point (and to give full benefit of the doubt to a "misremembered" timeline by Christina) below are high resolution scanned photos of Joan's face from 1961 until 1976. The photos exhibit the same lines on Joan's face consistently year to year, with no alteration in their formation, depth or degree. These photos are unretouched, and they provide evidence that Joan had no facial cosmetic surgery during this period of time.
In addition, according to an unpublished October 13th, 1977 interview with Joan's close friend, publicist Michael Sean O'Shea, Joan was "afraid of the knife" and she never had a cosmetic surgery procedure due to this fear.​ 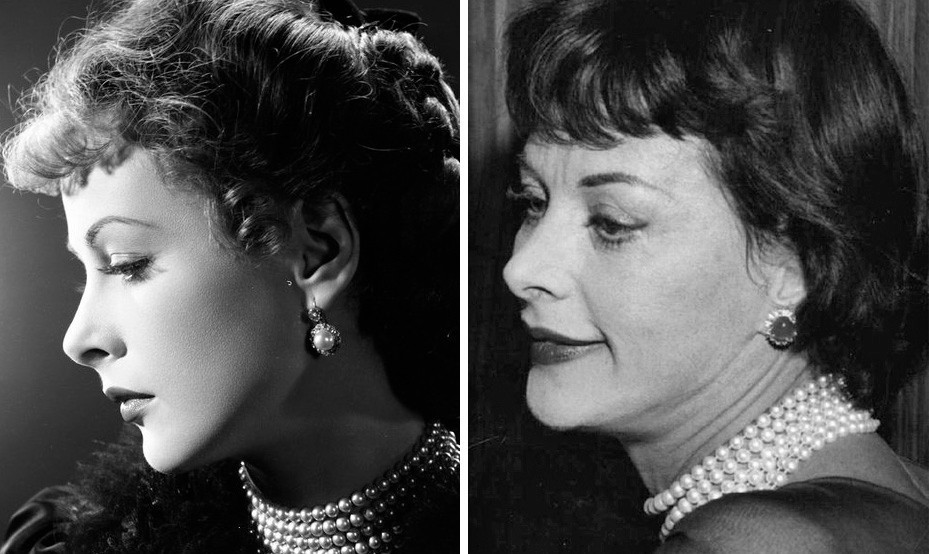 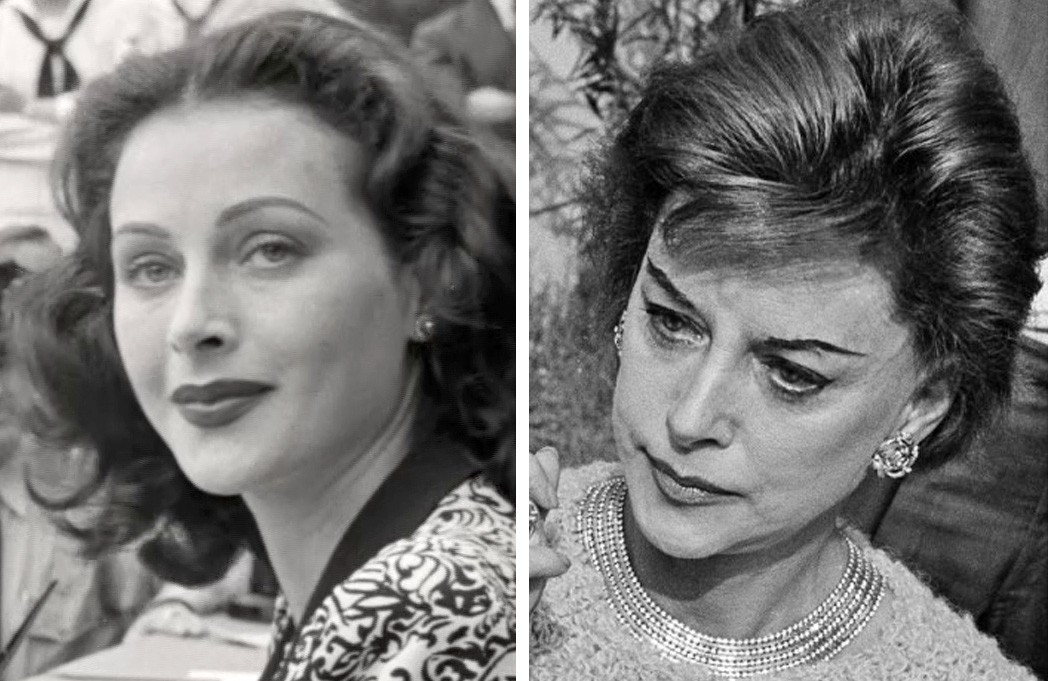 Joan's cosmetic surgery rumors vary depending upon the (always proofless) source, but the allegations range from Joan having a face lift, a brow lift, her eyes made larger (blepharoplasty), her mouth made larger, a neck lift and breast implants. Then, of course, most infamously, the "Buccal" dental procedure; whereby Joan allegedly had her molars removed to make her cheeks more hollow. This never occurred, and the "Buccal" has been debunked on this website using Joan's dental records (click here to view that debunking page). 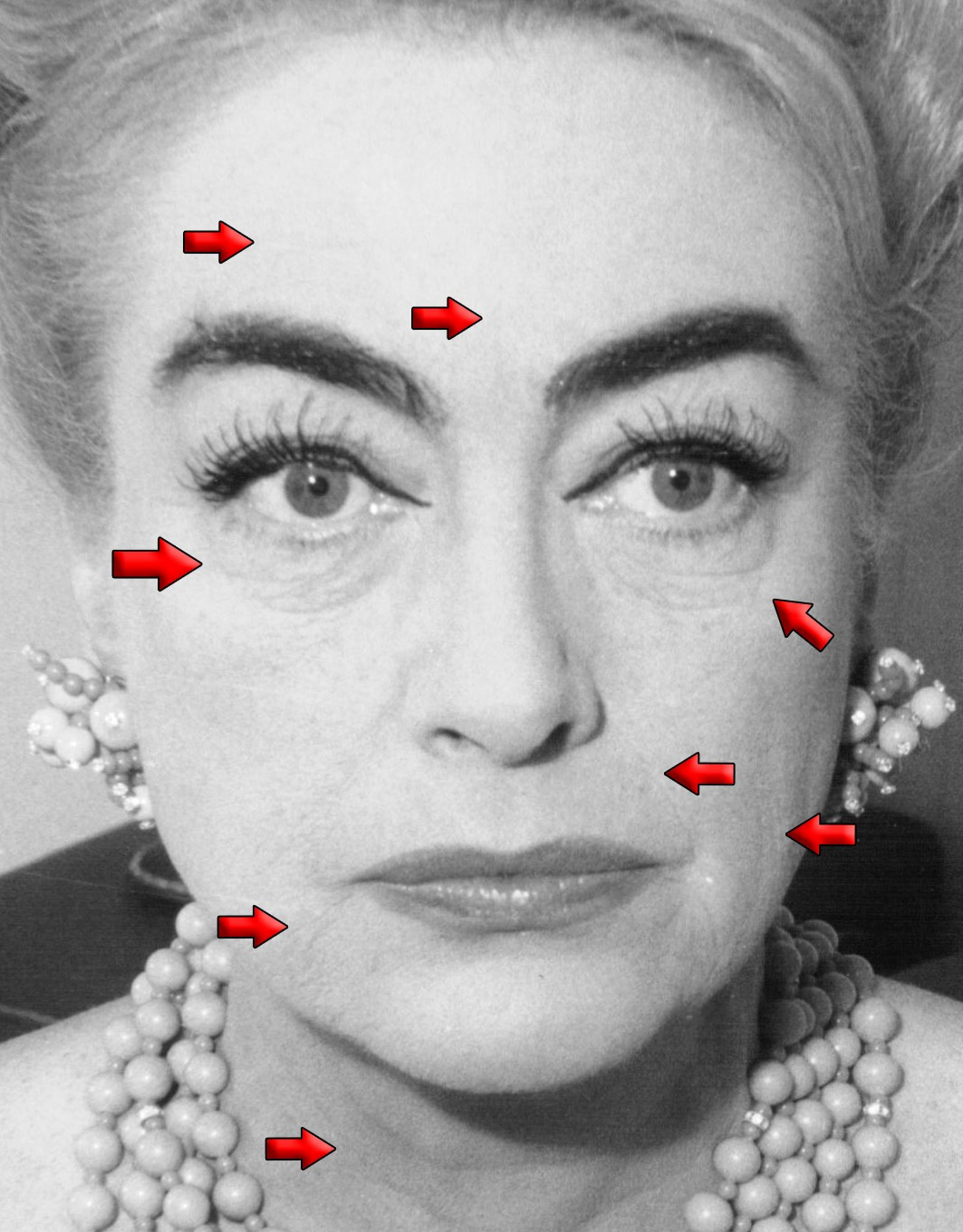 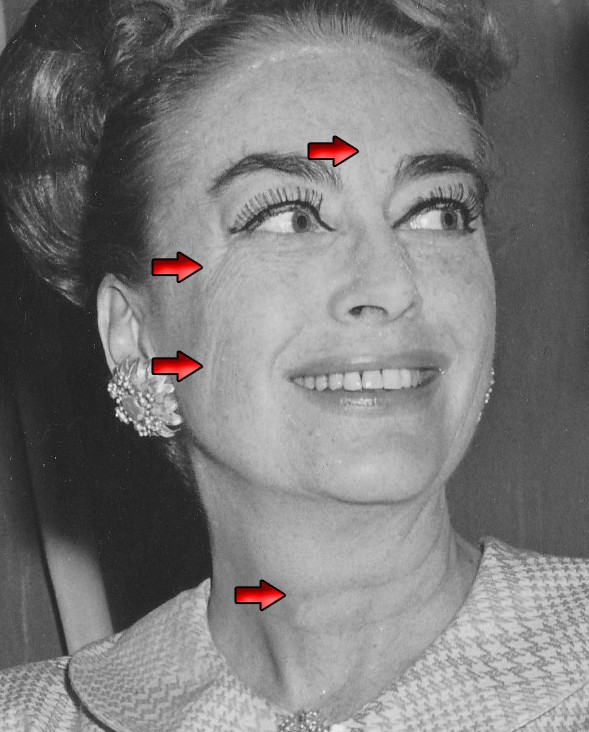 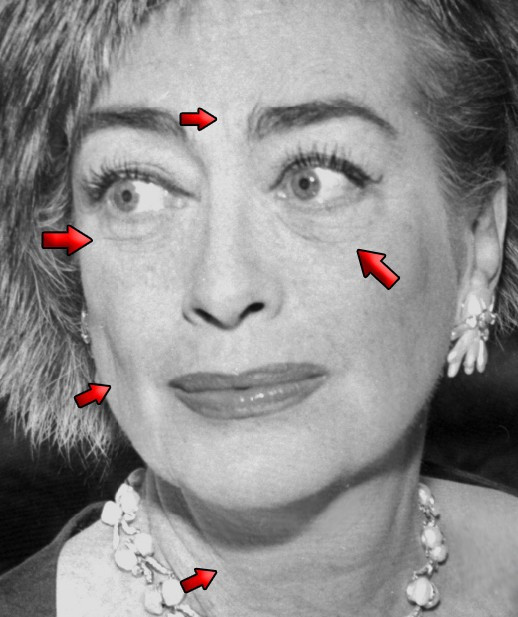 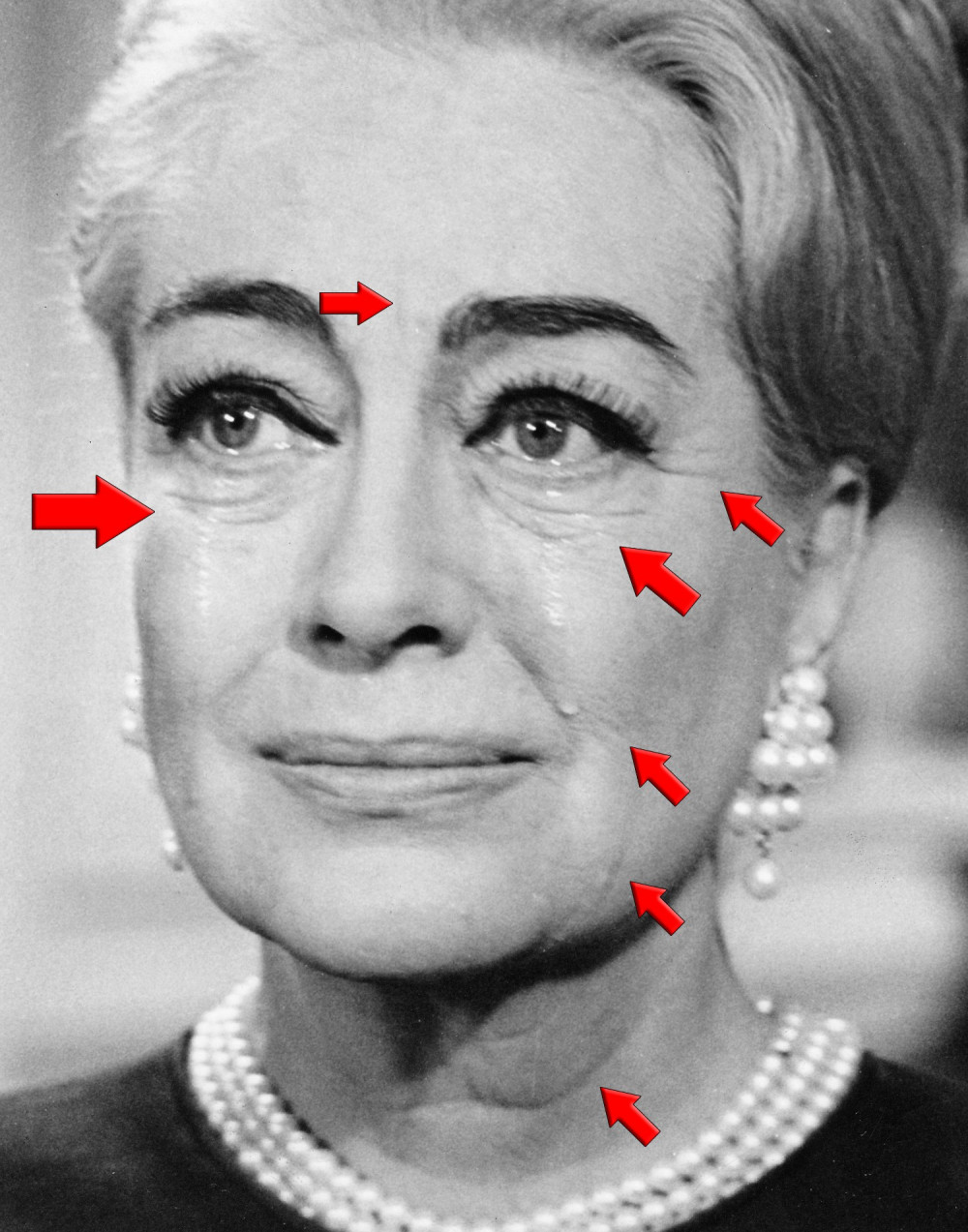 (September 1970)
(November 1971)
(November 1972)
(April 1973)
(September 1974)
(August 1976)
Copyright Notice
​All original sources of the herein provided research material has been preserved by the webmaster.
​Any desire for usage of the herein material in any literary publication, website or media distribution ​​can be directed to the
​webmaster at the following email address: BryanJohnson@TheConcludingChapterofCrawford.com