​Did Joan Crawford Have "The Buccal"? The Answer Is: No​.
aaaaa
Several Crawford biographies, and the television show "Feud: Bette & Joan" claim that Joan had a dental procedure nicknamed "the Buccal" in her early years at MGM.
The procedure's objective is to remove the patient's molars as to give the patient's facial appearance a more pronounced hollow cheekbone ​structure.
​
It is a longstanding rumor that Joan had this procedure, however this Webmaster denounces it. I refute this rumor with documentation in my possession and photos which clarify that Joan did not have "the Buccal" procedure to remove her molars (however, there is always the possibility that Joan did have her wisdom teeth removed, as is the case for many adults).
​I base my assertion on Joan's actual dental record documentation from 1974 and 1975 which confirms that Joan's molars were removed in 1974 and 1975 due to periodontal
​disease (as exhibited in the highlighted areas below).
​
As shown in the following dental records, Joan had five teeth extracted on July 18th, 1974.​ These extractions included molars on the bottom left-hand side. Subsequently, as shown below, Joan had both two first maxillary (upper) molars removed on February 15th, 1975.

The adult human has a total of twelve molars (including wisdom teeth if they erupt). If Joan had these molars removed in 1974 and 1975, it is impossible for her to have had
​"the Buccal" procedure in her earlier life.​​ This leaves the conclusion that her famous cheekbone structure was indeed the result of her own natural beauty.

It is entirely possible that Joan's third molars ("wisdom teeth) were removed early in her life due to irritation and pain, as is the case with many people. 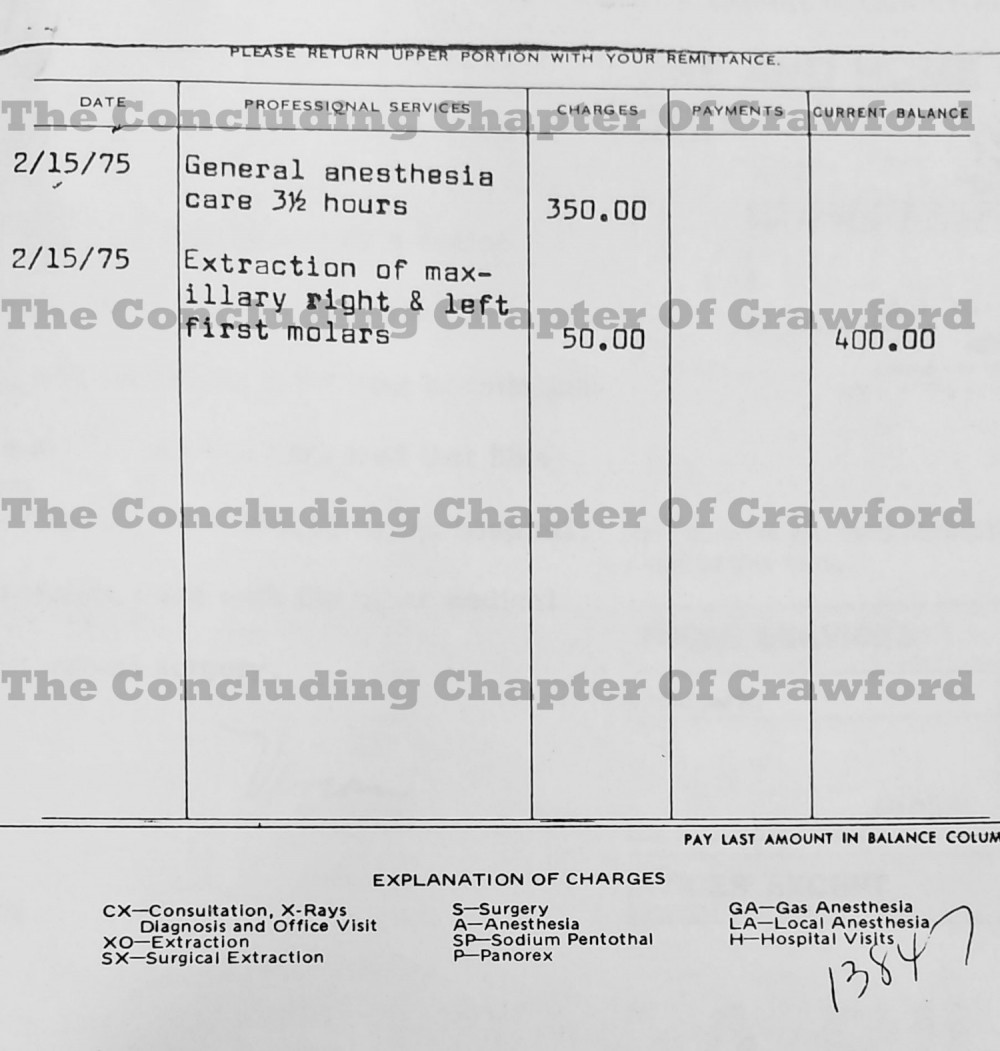 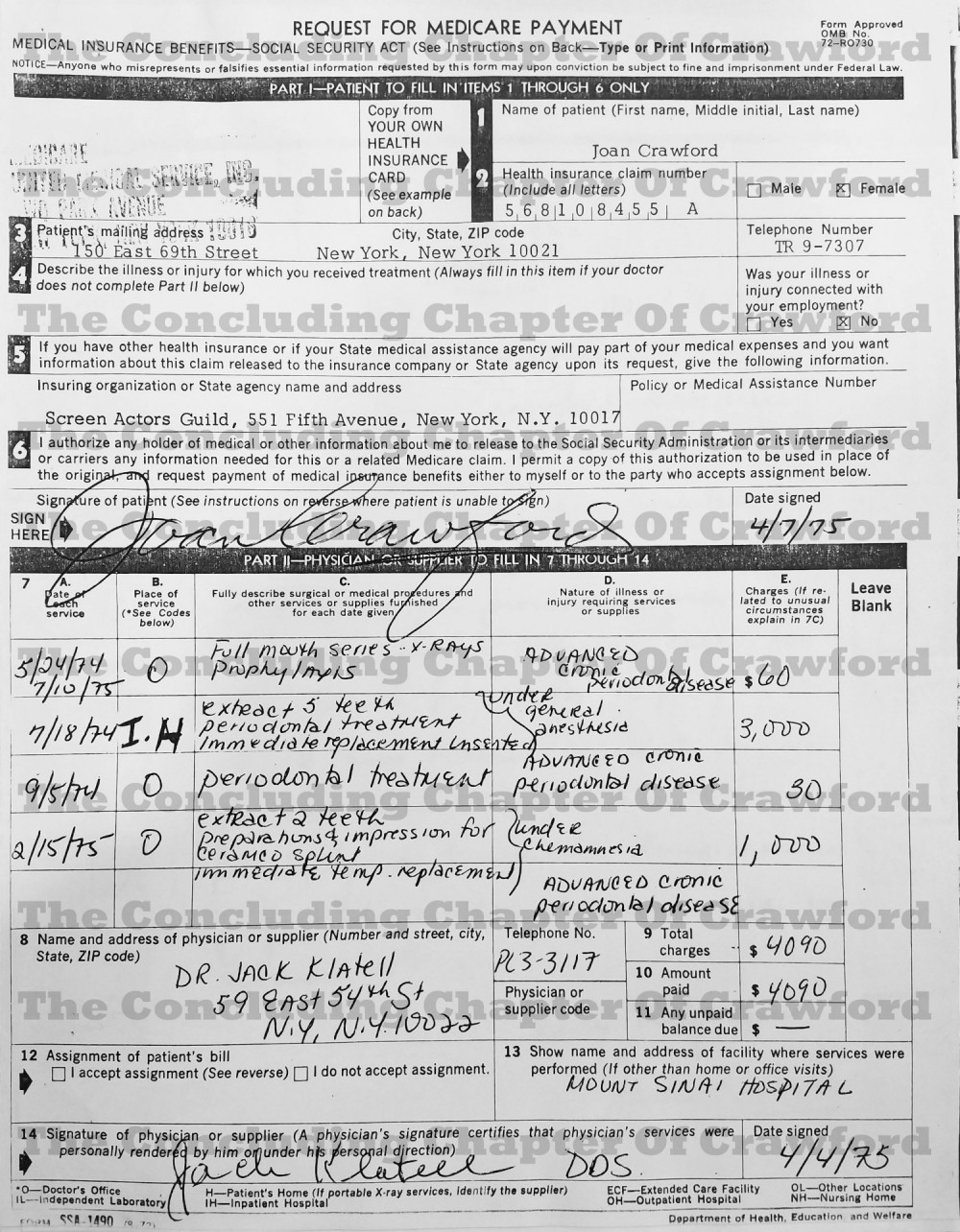 (Above: A request for insurance payment from the Screen Actors Guild, Signed by Joan on April 7th, 1975)
(Above: An explanation of charges per the February 15th, 1975 tooth extractions)
(Above: A copy of Joan's check to the dentist for the February 15th, 1975 procedures)
In regard to visual confirmation, below is an offering of photo enlargements of the inside of Joan's mouth in which Joan's molars are viable. 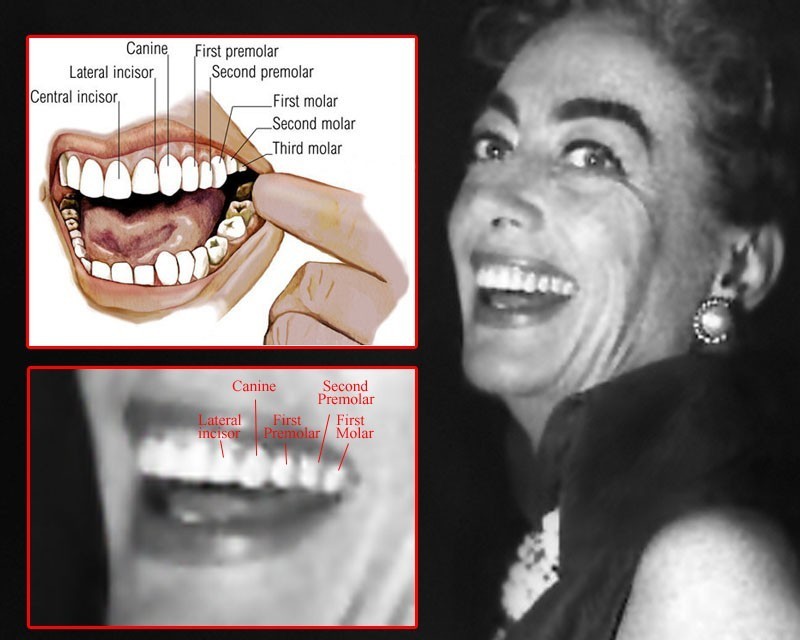 (Above: Joan exiting the premiere of "My Fair Lady" - New York, October 21st, 1964)
(Above: Joan at the Hotel Rome in Italy, May 1955)
© All original Joan Crawford research and original text herein is property of Webmaster Bryan Johnson and is copyright protected by
​​the United States Copyright Act of 1976. Copyright © Bryan Johnson 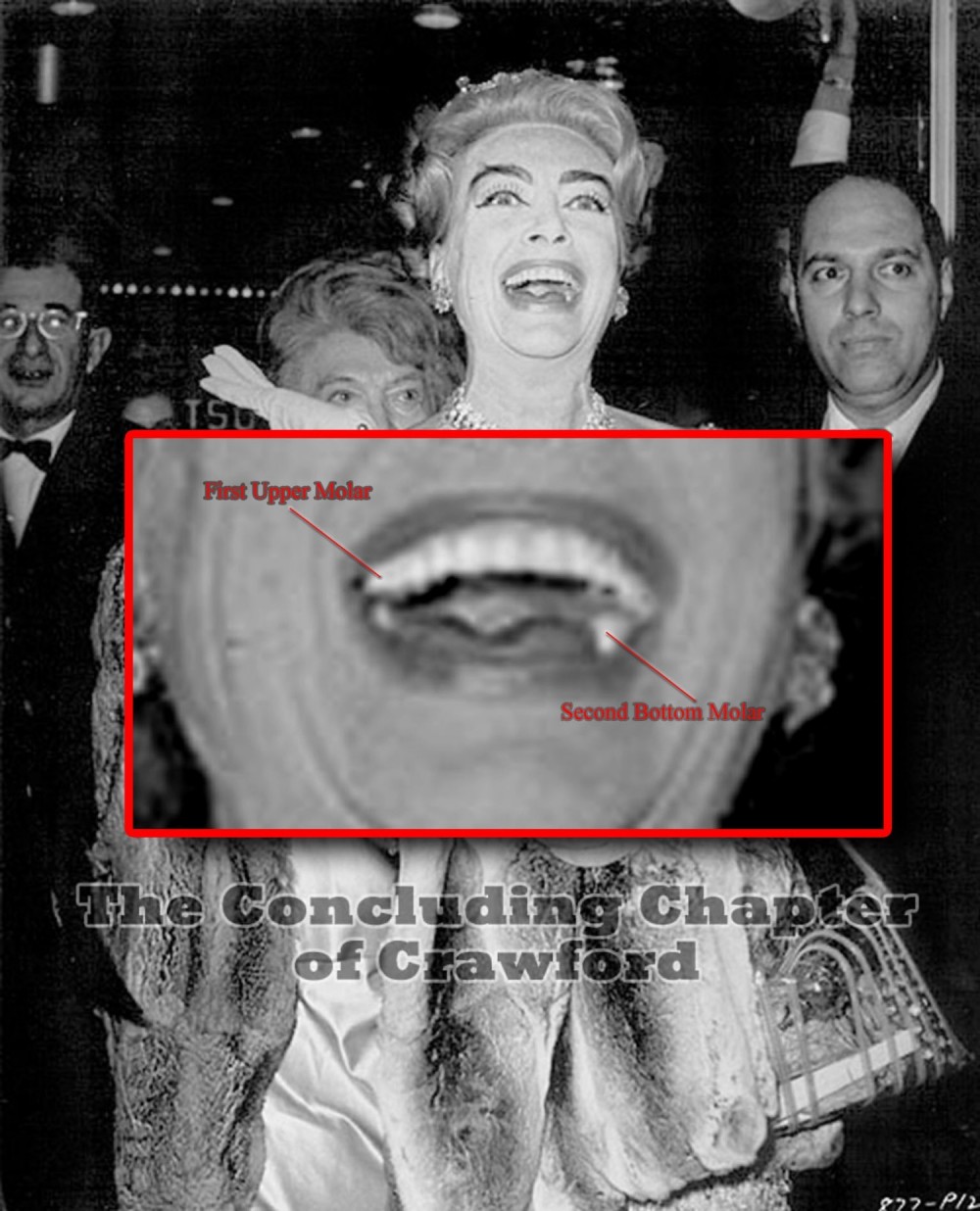 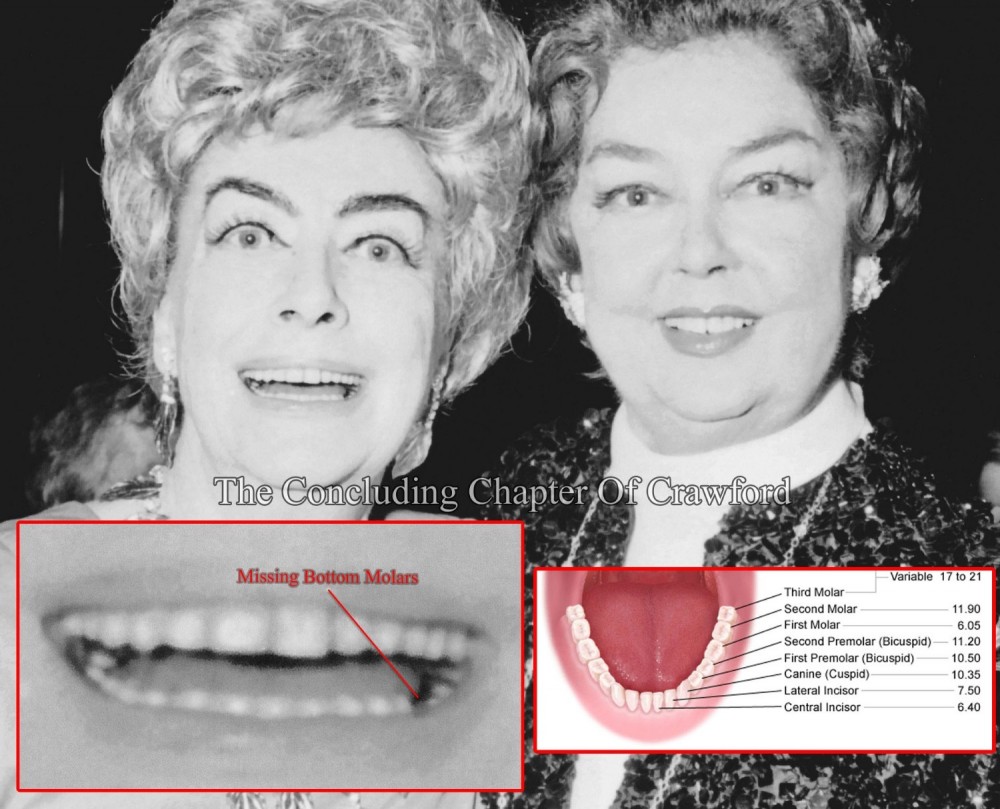 (Above: Joan with Rosalind Russell at The Rainbow Room party - September 23rd, 1974)
As ​exhibited in the above diagram, a portion of Joan's dental extractions from July 18th, 1974 are visible.​
(Photographer credit: Bob Deutsch) ​ 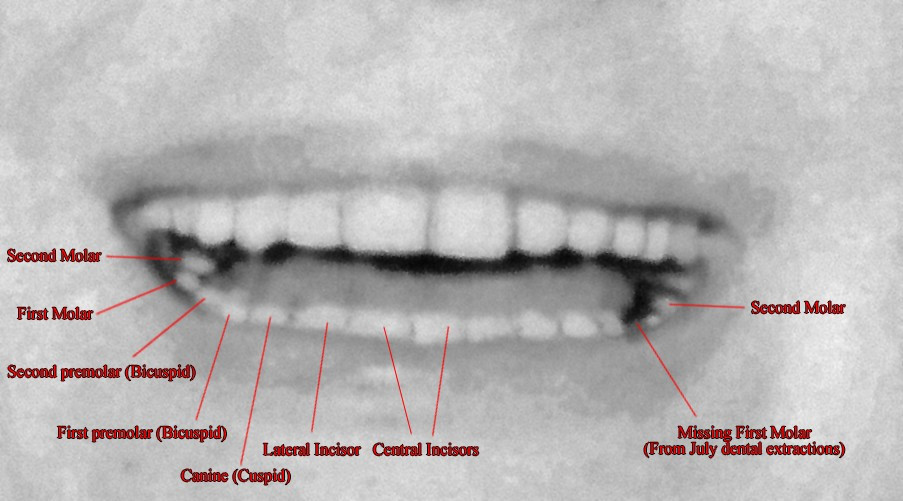