​​
THE CONCLUDING CHAPTER OF CRAWFORD
Life In Germany
​​     Augustine Anna Karoline Hoffmann was born on July 26th,1898 in Striese Trebnitz Schlesien Germany (Note: which is now Poland) to August and Pauline Pelz Hoffmann.  On April 16th, 1919, Anna married Alois Brinke, who was 16 years her senior, in Breslau, Germany. Anna had nine children - - two of which died young; a son, Rüdiger, who died in a glider crash; and a daughter who committed suicide by drowning in a bathtub (Note: Anna's grandson, Harold, says he mother was a diabetic, and died from complications from her illness, and not from suicide). ​After Anna's daughter's death in the 1950s, her grandson, Harold Brinke (later taking the name Flatman), came to live with Anna and her husband.

​In 1945, Anna and her family fled Breslau when the area was occupied by the Nazi party, and the town was half destroyed during fighting conflict with the Solvent Red Army. Anna and her family became refuges to Werdohl, Germany. During this time, Anna lost contact with two of her brothers. She spent a considerable amount of time and money attempting to find them, however, never saw them again.

In 1957, Anna's husband passed away from a heart attack, and she moved from Werdohl, Germany to Long Island, New York to live with her daughter, Erna, her husband, Earl Flatman (who was a sergeant in the U.S. Air Force) and children.

Employment with Joan
​     In summer of 1961, Joan was vacationing in Westhampton, New York and inquired to her neighbor's maid as to who would be a reliable maid for herself. The maid referred Joan to her own mother, Anna, who was a very good housekeeper. Anna became Joan's live-in housekeeper, and lived in Joan's apartment on Fifth Avenue, and in Joan's Imperial House apartment. When Joan moved into apartment 22G in Imperial House, she gave Anna the second largest bedroom, refusing to place Anna in the apartment's small maid's room, and turned the apartment's designated "maid's room" into a closet.
​Anna knew very little English, and was not always able to communicate or understand English. However, when Joan had parties at her apartment, Anna was always chatted up by celebrities such as Cesar Romero, who would joke with Anna in the kitchen. Because Anna knew little English, to be polite, she would laugh and smile when the guest would laugh, taking cues from their expressions.

An excerpt regarding Mamacita from Joan's 1971 autobiography, "My Way of Life"
​
​ "I think it's time to explain that Mamacita isn't a Spanish girl, she's a German lady who raised nine children and has many grandchildren.
I took a house in Westhampton nine or ten years ago - a place to take the children for the summer. I had no one to help me and I didn't want to spend two months making beds and scrubbing bathrooms. I called a neighbor who put his maid on the phone. "I know someone for you," she said. "But​ I don't know whether you can put up with her. She's never heard of a bucket and a mop." "Handsies, kneesies?" I asked. "Yep," she replied. "Bring her over tomorrow morning. That's just my cup of tea. I never did think you could get into corners with any mop - Who is it?" "My mother," she said. "I'll bring her."

The next morning I was on the phone when they arrived. I turned for a moment and said "Start in my bedroom and then down here," and then I went back to the phone. When I hung up I wanted to call her to come quickly to take the dogs out but I realized I hadn't asked her name, I had just returned from Rio Janerio, where all I had heard was mamacita, papacita, cousincita, everythingcita, so without thinking I called out "Mamacita!" Back she cried "Ya, Ich coming!" The name has stuck ever since. In all the countries we have traveled together, in all languages, everyone calls her Mamacita.

We had language problems for a while, and it gave me the best exercise I've ever had in pantomime. I had to act out everything I wanted her to do, speaking slowly and distinctly about each action, each idea. I'd say, "Guest lady, this room. One bed only."
She'd watch mu mouth carefully​​​​​​​​​​​, then watch my elaborate little scene. Finally a beautiful smile of comprehension would spread over her face and she'd say, "Oh, ya! Ya! Ich do!" Inevitably, when we're traveling, she's referred to as my mother. "What would your mother like to drink, Miss Crawford?"
"Gin and tonic, please." She'll giggle and nudge me, very pleased. "He thinks I'm your mama!"  I let it go. I don't know what I'd do without Mamacita. No new situation ever flusters her. And new situations turn up every day."​​​​​
​During her thirteen year employment with Joan, Anna usually took a once per month weekend-long visit to the home of her daughter, Erna, and her family, who lived on Long Island, New York. One of Anna's favorite foods was potatoes, however, Joan would not allow potatoes in her home due to dietary restrictions. Therefore, during these weekend visits, Anna would start the visit by boiling several pounds of potatoes, and preparing them in various ways for each meal throughout the weekend.​

According to Anna's grandchildren, (who referred to Anna as "Oma") Joan and Anna were very close, worked well together and shared a close companionship. However, Anna did become frustrated with Joan's behavior on a number of occasions by the early 1970s, and threatened to leave Joan's employment several times, and would call her family to retrieve her.​
On July 26th, 1973, Joan gave Anna a very lavish 75th birthday party; which Anna remembered very fondly, calling it one of the best days of her life.​​
​​​​​​​​     In early 1974, Anna gave Joan a resignation letter indicating that she was returning to Germany for some dental work, and to address other health issues. However, Anna cited in the letter that she would return later if her services were needed. Ultimately, Anna never returned to work for Joan. According to Anna's family, she left Joan's service because she was "tired of things being thrown at her,"​ and that Anna left following Joan having had thrown objects at her twice around the end of 1973.
​

Final Years
​​​​    Following leaving Joan's employment, Anna returned to Germany to live, and later returned to the United States to live with her daughter Erna, and Erna's second husband, Benjamin Niederkorn, and family in Wichita Falls, Texas. Joan and Anna never lost communication with each other, sending holiday and birthday greetings to one another. The last communication from Joan being dated March 28th, 1977, only six weeks before Joan's death.​
​
Anna passed away while living with her daughter in Wichita Falls, Texas on May 2nd, 1979 at the age of 80.​​ She had been in the hospital for several weeks prior to her death. Anna's official cause of death was liver cancer. Anna is buried at Crestview Memorial Park in Wichita Falls, Texas.

In 2017, Anna was memorialized in the FX television show "Feud: Bette & Joan." She was portrayed by actress Jackie Hoffman (no relation), who received a Golden Globe nomination for her performance. Anna's family was happy with the portrayal, and felt Hoffman did a great job.​​ 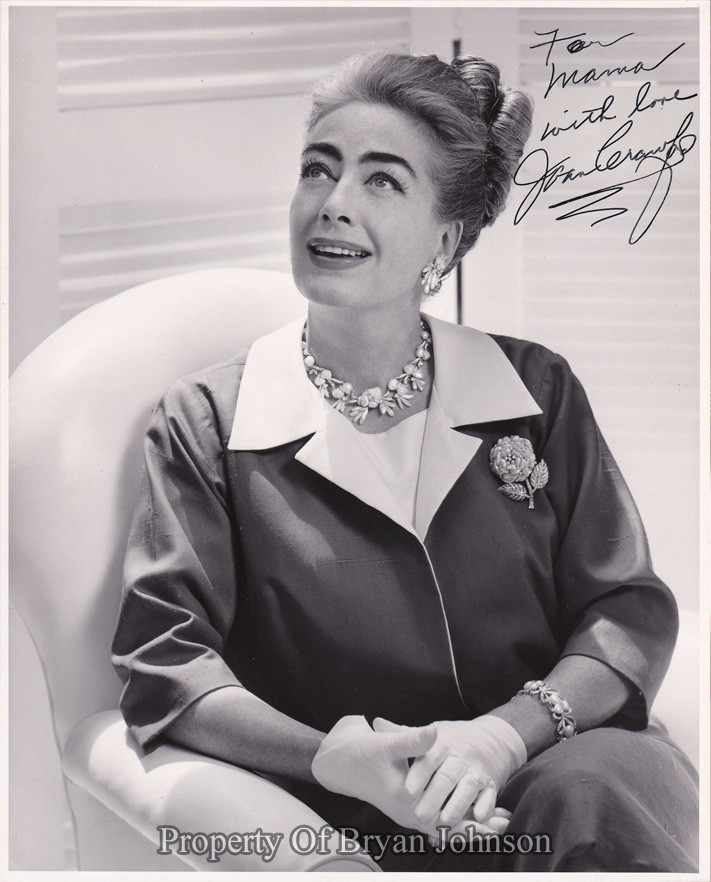 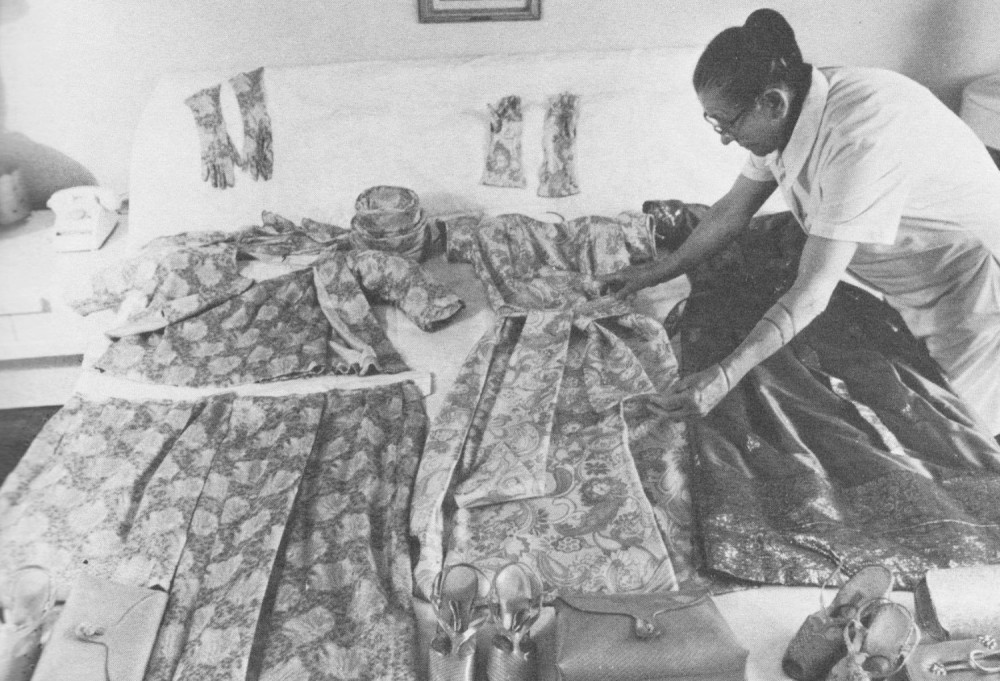 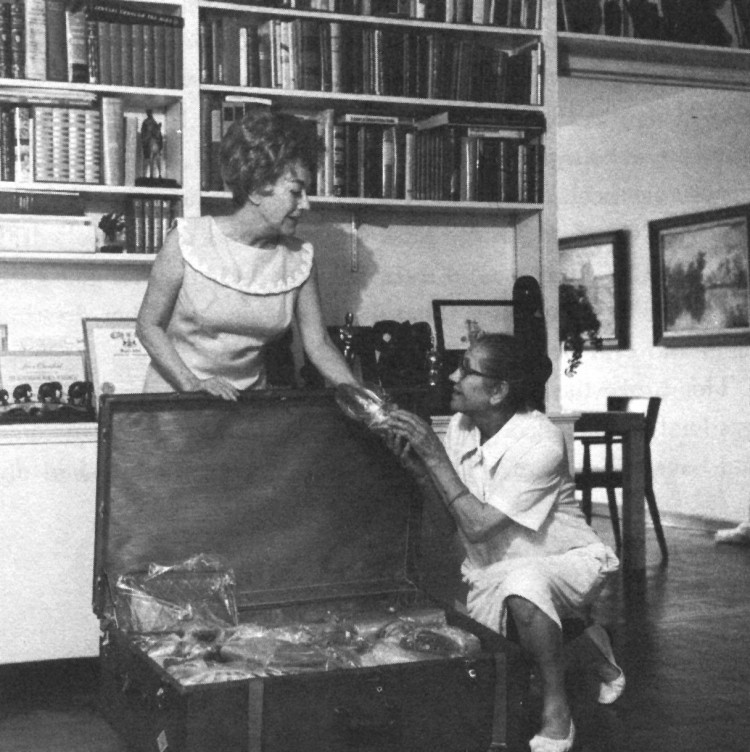 Copyright Notice
​All original sources of the herein provided research material has been preserved by the webmaster.
​Any desire for usage of the herein material in any literary publication, website or media distribution ​​can be directed to the
​webmaster at the following email address: BryanJohnson@TheConcludingChapterofCrawford.com 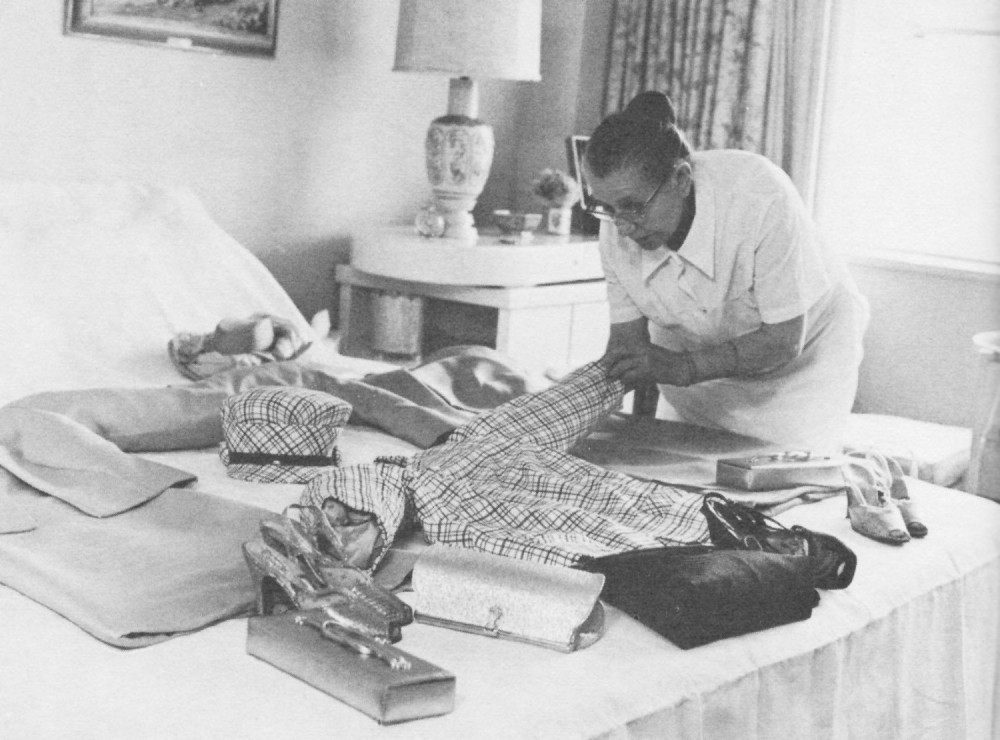 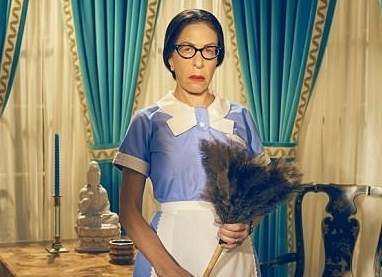 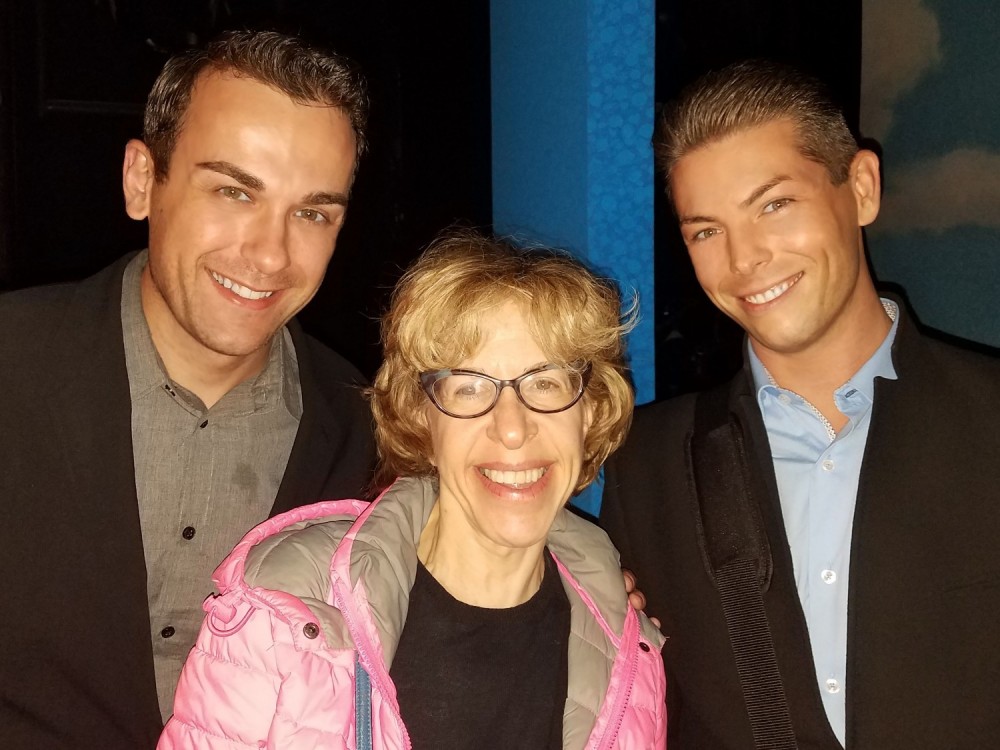 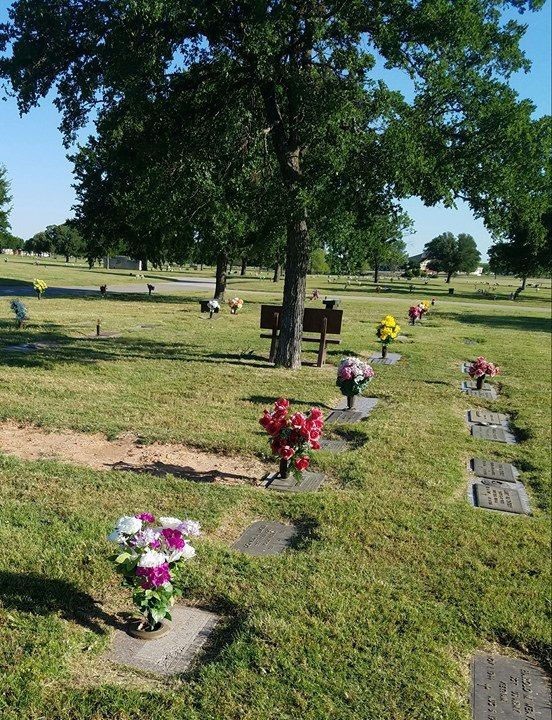 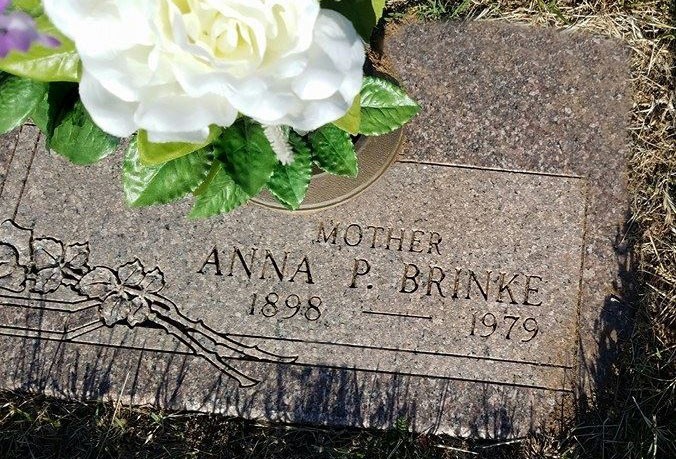 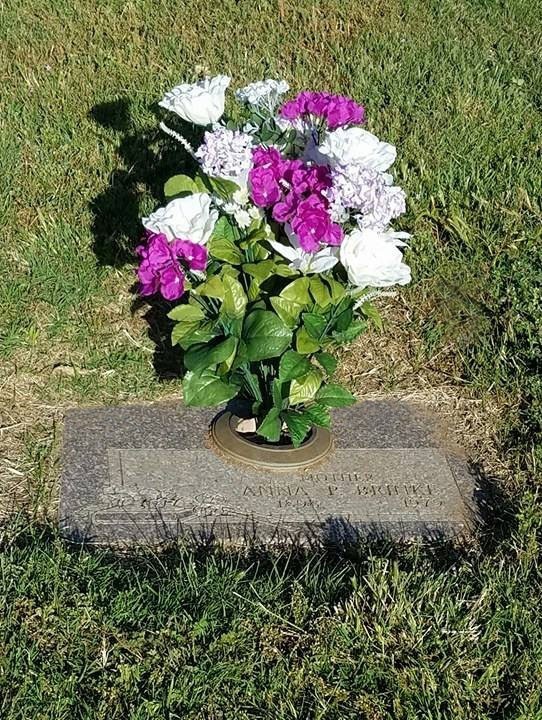 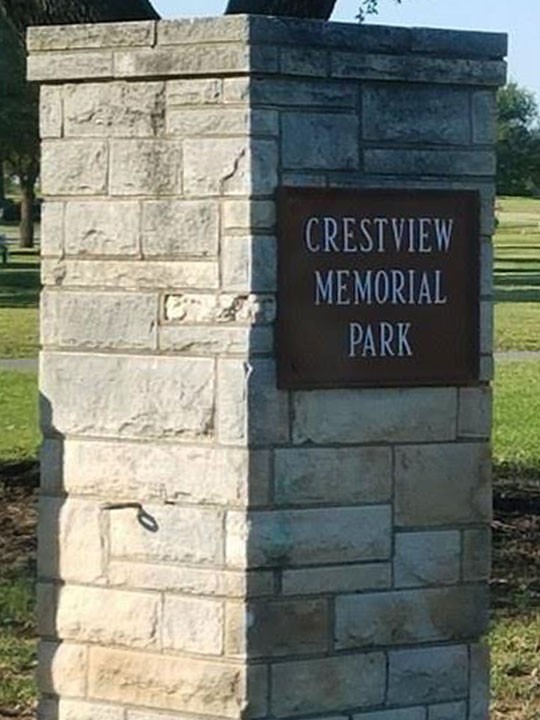 Anna Brinke's grave at the Crestview Memorial Park Cemetery in Wichita Falls, Texas (May 2017)
(A special thanks to "The Concluding Chapter of Crawford" reader Kelly Gregg for volunteering these photos to the website)​ 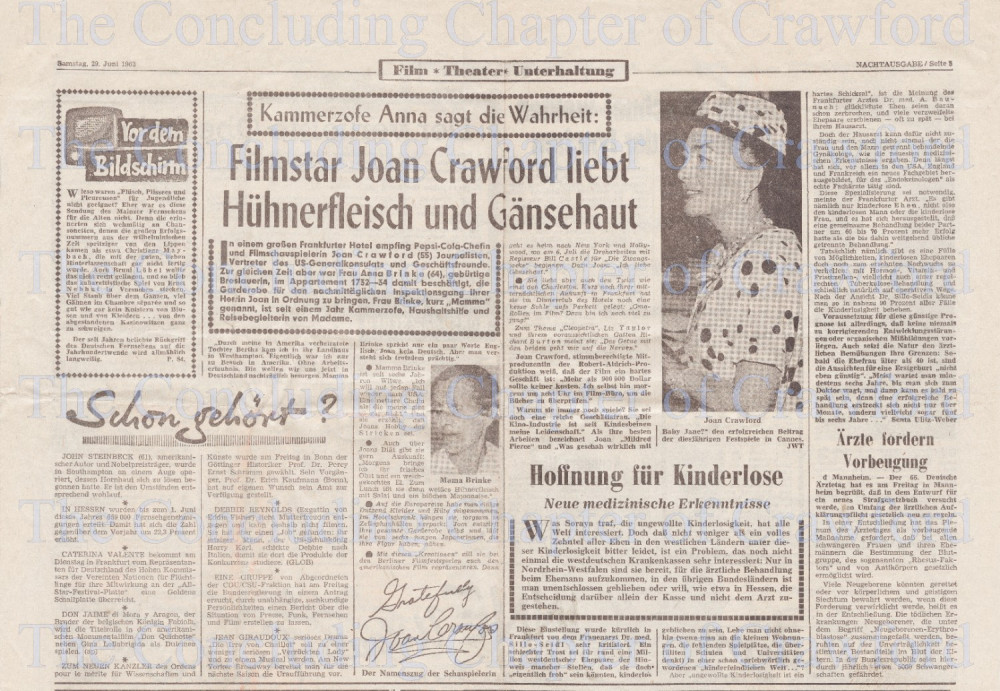 A June 29th, 1963 German newspaper article highlighting Anna as Joan's maid
A signed photo Joan gave to Anna. The original is now in the personal collection of this Webmaster.
In 2017, FX premiered the series "Feud: Bette & Joan," which presented a fictionalized version of Anna, portrayed by Jackie Hoffman.
Joan and Anna in Joan's Imperial House apartment (June 1970) 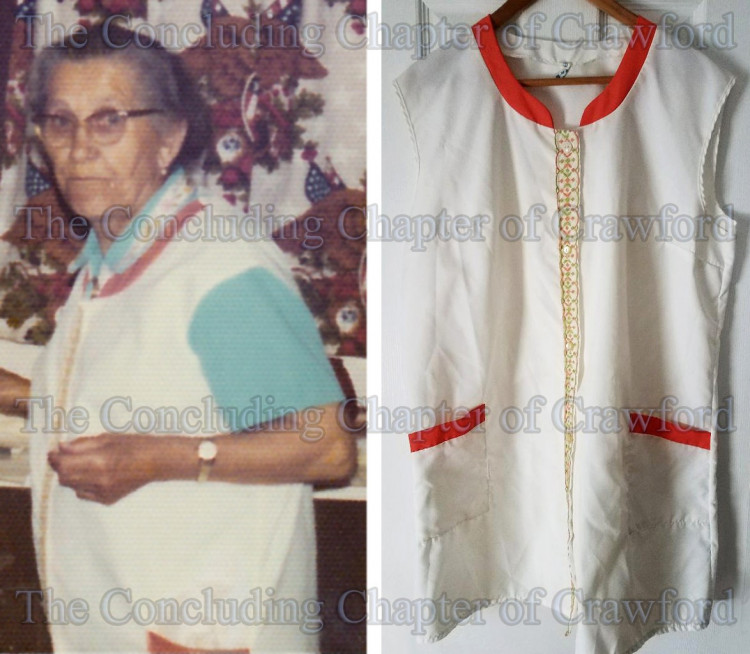 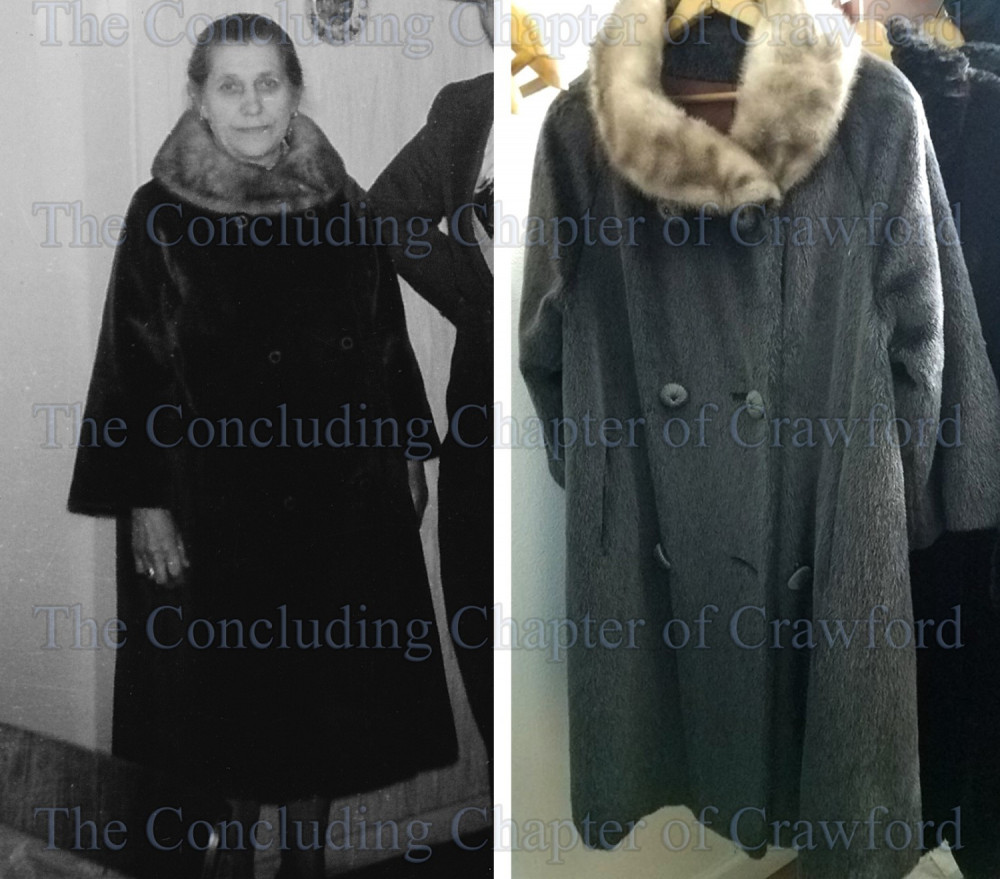